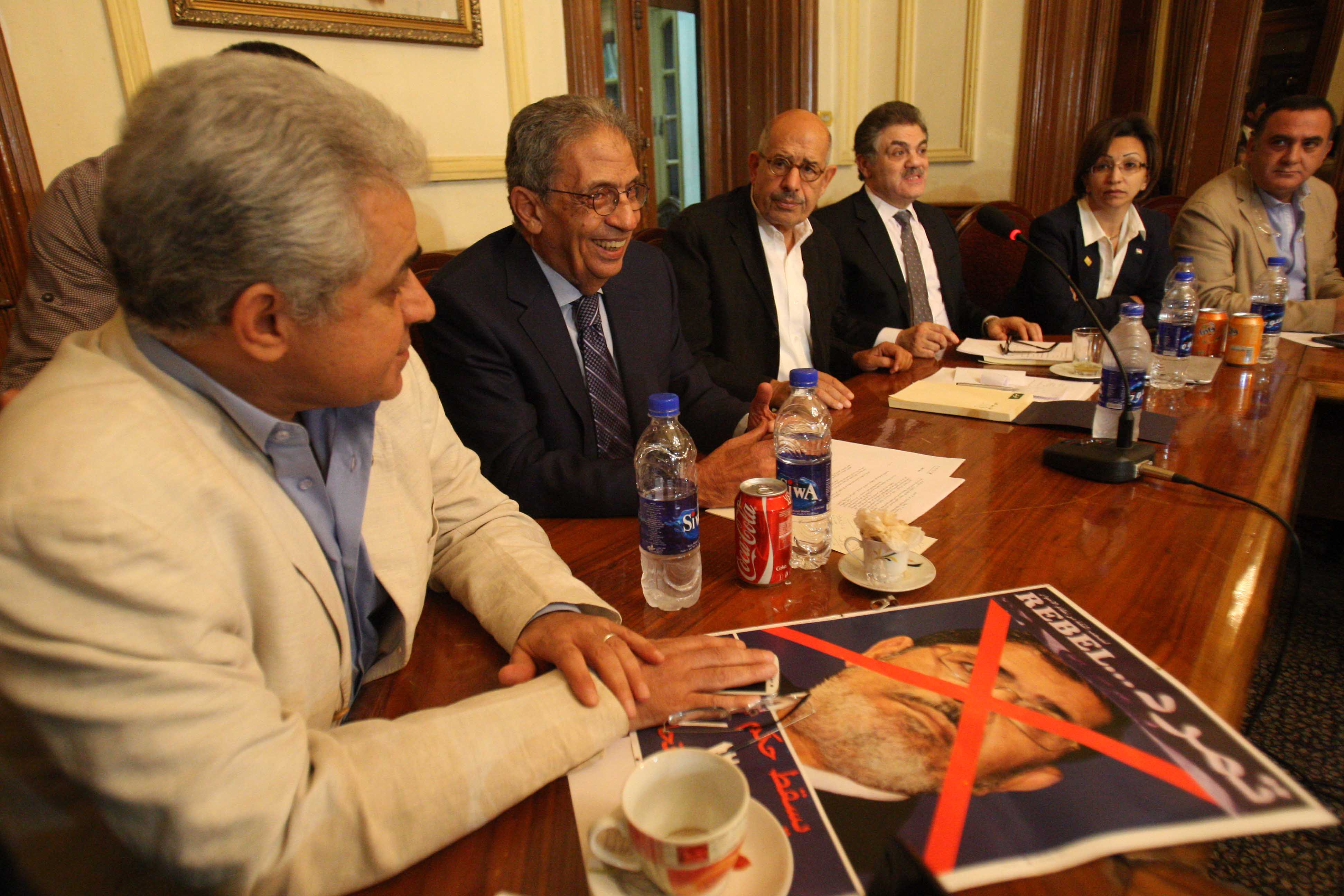 The upcoming 30 June protests represent a “watershed moment in the life of the Egyptian people,” according to National Salvation Front (NSF) spokesman Azzazzi Ali Azzazi.

He made the statement at a press conference following the group’s Saturday meeting which brought together a number of prominent opposition political figures to discuss the June protests.

Azzazi also called the protests “a second wave of the 25 January Revolution.”

He said the Egyptian people had shown that the Muslim Brotherhood had “failed to fulfil the demands of the revolution, or to advance the democratic transition as [the country’s] political movements wished.”

Meanwhile, Azzazzi also stressed the front’s support for the Tamarod (Rebel) petition campaign, calling it “peaceful and democratic”, and outlining the role of the NSF as supporting Tamarod “financially, legally and through documenting the millions of signatures collected by the campaign.”

Azzazi went on to add that the NSF had withdrawn all the conditions related to dialogue with the regime, opting to instead focus on “supporting the youth and the protesters on 30 June”, while at the same time emphasising the importance of the demonstrations being peaceful.

The NSF also discussed Moussa’s meeting with Khairat El-Shater, the vice president to the Supreme Guide of the Muslim Brotherhood, which took place at the house of Al-Ghad Party Leader Ayman Nour.

Moussa confirmed after the meeting that he is still a member of the front, adding that his meeting with El-Shater was a “mistake”.

Opposition spokesman Khaled Dawoud meanwhile lent his support to Moussa, telling Daily News Egypt that the issue of the Conference Party leader’s meeting was “settled within the NSF… it was a closed meeting so any rumours are not based on truth.” Dawoud added his view that “other parties want to crack the solidarity of the Front.”