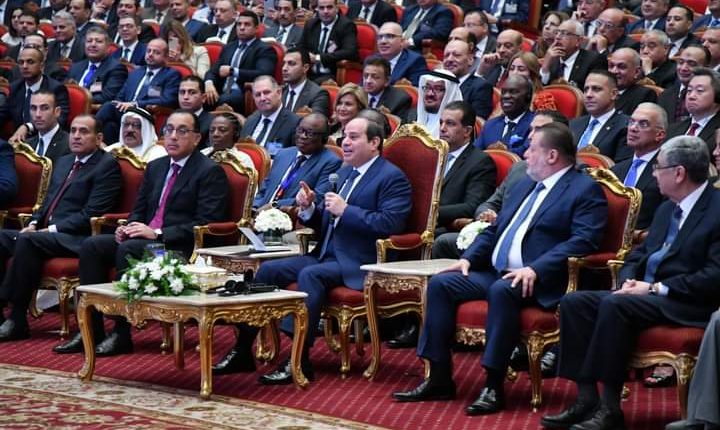 President Abdel-Fattah Al-Sisi directed the government to grant a “golden license” to all investors applicants for three months, to facilitate procedures for establishing priority projects for the country.

Al-Sisi’s directives came Saturday during the inauguration of the first International Forum and Exhibition for Industry, which is set to take place over three days at the Al-Manara International Conference Centre in New Cairo.

The “golden licence” will grant investors approval to buy/rent lands and operate and manage projects, without the need to gain approval from multiple government bodies. The licensing window can be extended for an additional three months.

Al-Sisi pointed out that the situation will be evaluated after three months, and if the system succeeds, it will continue.

Al-Sisi said that the past three years witnessed great challenges and crises, but this reality is the most prominent opportunity that must be taken advantage of. He also said that the “Decent Life” initiative will cost around EGP 1trn, as it will continue replacement and maintenance operations in the coming years.

He called on industrialists not to worry about their products in this regard, stressing that the state is committed to supporting businesspeople.

He stressed the necessity of accelerating the pace of work to achieve a development boom and make the people feel prosperous.

He added that the trade conflict at the world level shows the scale of international transformations.

He pointed out that the Coronavirus pandemic and the Russian-Ukrainian crisis led to the restructure of industrial complexes that had been formed over the past years.

Also on Saturday, Al-Sisi inaugurated a number of projects from the National Initiative for Industrial Development, or Start initiative.

The president said that the government is ready to partner with investors in the initiative, saying “Egypt [wants to encourage] manufacturing investors and bring them reassurance that the country supports them.”

“We are ready to get into partnership with the Start initiative with shares ranging between 30-50% or much more to reassure the industry men in Egypt that the country bears some of the risks,” he explained further.

The Start initiative principally aims to manufacture products and production inputs that the Egyptian market needs that were previously imported, Al-Sisi elaborated.

Lists of these products are available at the ministries of industry, finance and the Central Bank of Egypt, he added.

The president pledged to provide the investors in these projects with natural gas and electricity at much lower prices.

The forum is organised by the Federation of Egyptian Industries (FEI) on the occasion of the 100th anniversary of its founding.

The event is being attended by a large number of Egyptian, Arab and foreign investors, representatives of relevant regional and international institutions, members of joint Arab chambers of commerce and industry, representatives of diplomatic missions in Egypt, businessmen and the board of the FEI.