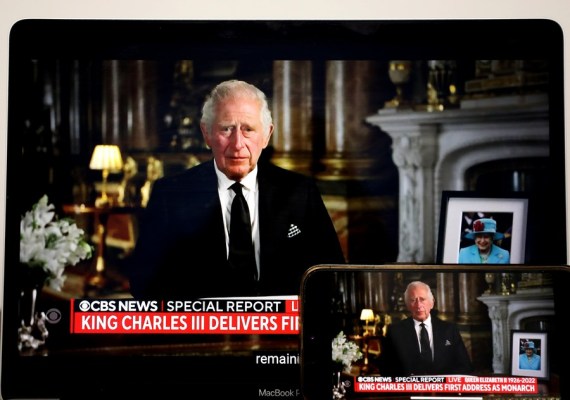 King Charles III was formally proclaimed Britain’s new monarch at a meeting of the Accession Council at St James’s Palace on Saturday.

Charles assumed the throne following the death of his mother, Queen Elizabeth II, on Thursday, aged 96. The accession ceremony introduced the new monarch to the country.

In his declaration at the accession ceremony, King Charles III, 73, told the Accession Council of hundreds of senior political and religious advisers that he would strive to follow his mother’s “inspiring example.”
“I am deeply aware of this great inheritance and of the duties and heavy responsibilities of Sovereignty which have now passed to me,” he said in the ceremony televised for the first time in history.

The Accession Proclamation was then read out from the balcony of St James’s Palace, a royal residence, to a trumpet fanfare, followed by gun salutes. The proclamation will also be read publicly in other capital cities of the United Kingdom — Edinburgh, Cardiff and Belfast — and other locations.

In his first address to the nation and the Commonwealth on Friday night as the new monarch, King Charles III bestowed the title of Prince of Wales to his eldest son William, 40, a title he had held for over 50 years and is a title reserved exclusively for the heir apparent to the British throne.