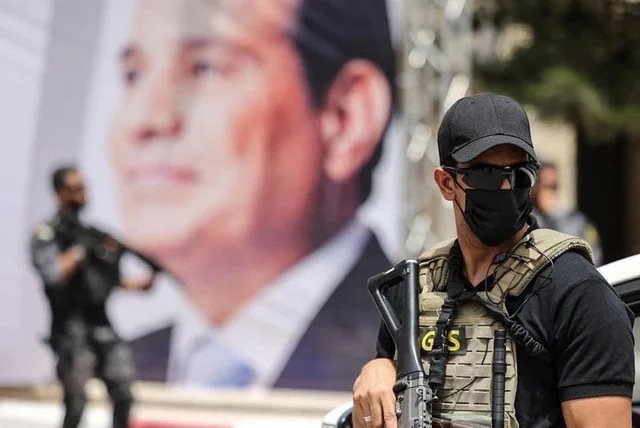 GIS officials stressed the need to reach an immediate ceasefire in Gaza “before the situation gets out of control.”

The sources said that Egypt is also exerting intensive efforts to release Palestinian prisoners Khalil Al-Awawda and Bassam Al-Saadi from Israeli prisons as soon as possible.

Israel confirmed on Sunday it has agreed an Egyptian-brokered cease-fire with the Palestinian Islamic Jihad (PIJ) in the Gaza Strip, ending the deadly Israeli airstrikes and the barrage of Palestinian rockets for three days.

“If the cease-fire is violated, Israel reserves the right to respond forcefully,” Hayat added.

Palestinian president Mahmoud Abbas also welcomed the ceasefire in a statement from his office, thanking the “tireless efforts” made by Egypt.

US President Joe Biden welcomed the Egyptian-brokered ceasefire in Gaza between Israel and Palestinian factions after three days of hostilities.
“I thank President Abdel Fattah Al Sisi and the senior Egyptian officials who played a central role in this diplomacy,” Biden said in a Sunday White House Statement.

A total of 31 Palestinians have been killed, including six children and four women, and 265 others have been injured in the Israeli occupation’s aggression on Gaza Strip since Friday, according to the Palestinian Ministry of Health in Gaza.

In the meantime, the missiles launched by the Palestinian resistance movements hit the occupied city of Jerusalem.

As Israeli attack on Gaza continues, several groups of Zionist settlers stormed the courtyards of Al-Aqsa Mosque in Jerusalem, under the protection of the Israeli police.

The Israeli army’s spokesperson said that the forces carried out raids on rocket-launching sites throughout the Gaza Strip. The raids resulted in the murder of Khaled Mansour, a member of the military council and commander of the southern region in the Al-Quds Brigades, the armed wing of the Islamic Jihad Movement.

The Israeli forces announced targeting 140 Islamic Jihad sites in Gaza, saying that 580 missiles had been fired from Gaza since the start of the military operation until Sunday morning. They also announced the arrest of 19 Palestinian Islamic Jihad activists in the West Bank on Saturday evening.