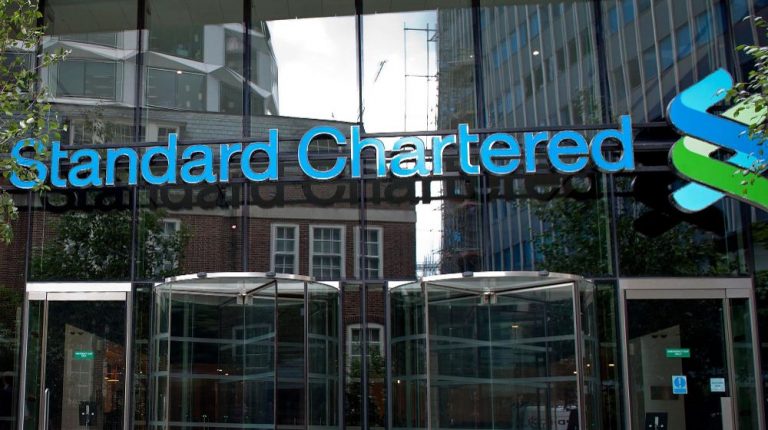 The British bank Standard Chartered announced last week that it had obtained the initial approval from the Central Bank of Egypt (CBE) to establish a branch in Egypt, replacing its current representative office.

This paves the way for the bank to significantly expand its business in one of the largest African countries and increase the spread of its financial and banking services there.

In a statement last Thursday, the bank said that it had obtained the initial approval from the CBE on 27 September 2021 and is currently working on completing the legal and logistical procedures for the establishment of this branch in accordance with Banking Law No. 194 of 2020.

Standard Chartered stressed that this step reflects the bank’s confidence in the Egyptian economy’s solidity and resilience in the face of crises. It also highlights the stability of the Egyptian banking sector during the past years.

The CBE has been applying wise strategies to enhance the solvency of banks and reinforce managing all kinds of risks, in addition to taking appropriate precautionary measures. This led to maintaining financial support and high capital requirements that exceed the established minimum, as well as high liquidity ratios, whose positive impact is seen in the status of the economy as a whole.

Standard Chartered is a limited liability company headquartered in the United Kingdom that is affiliated with Standard Chartered Group, which is listed on both the London and Hong Kong stock exchanges. It is a leading banking group with more than 165 years of experience in the field.

It has a large network linking companies, institutions, and individuals, through which it serves its customers in more than 85 markets. It is present in nine countries in the Middle East. This presence has contributed to consolidating its leading position among the best international institutions as well as its high solvency, which qualified it to obtain high credit ratings by international credit rating institutions.

Gamal Negm, the Deputy Governor of the CBE, said in his statements that the Board of Directors of the CBE issued its approval to grant a licence to Standard Chartered to operate in Egypt as a foreign bank branch, which shows the attractiveness of investing in the Egyptian banking system.

According to Negm, Standard Chartered will open its first branch in September in Cairo. It will also open a second branch in Alexandria in 2023.

Negm stressed that the bank paid all the fees required to open the branch and presented a strategy and action plan, pointing out that the bank will provide various banking services. The presence of a global bank in the Egyptian market will contribute to enriching the Egyptian banking system and adding new experiences.

Standard Chartered is the first foreign bank to obtain a licence to operate in Egypt after the CBE issued the New Banking Law that was ratified by President Abdel Fattah Al-Sisi in September 2020.

Banks operating in Egypt take business licences as Egyptian joint stock companies or foreign bank branches. The two licences allow banks to provide all kinds of banking services, with a few differences in terms of the minimum capital, the value of fees, and some other controls.

The banking system includes five banks that obtain a business licence as foreign bank branches, which are Citibank, Al-Mashreq, the National Bank of Greece (NBG), First Abu Dhabi Bank, and the Arab Bank.

Maged Fahmy, the former chairperson of the Industrial Development Bank (IDB), said that granting licences to branches of foreign banks is a positive decision and proves the attractiveness of the Egyptian market.

He added that the Egyptian market is seeing the presence of many foreign banks, which bolstered the Egyptian economy and contributed to creating many professionals in the market since the 1990s.

He explained that the success of the new banks in the market depends on their strategy and expansion plans, as well as the extent of their ability to pump funds into development projects.

Moreover, he stressed that it is essential that these banks not only focus on consumer loans, but also projects that add value to the economy, like SMEs and corporate loans in various sectors.

The CBE’s Law No. 194 of 2020 set the terms and conditions for establishing branches of foreign banks in Egypt. Article 68 stipulates that an application must be submitted to the governor of the CBE to obtain the licence to establish a foreign bank branch in Egypt. This application would act as a request for an initial approval, and it should be accompanied by the documents that the Board of Directors requires.

These documents must include an unconditional guarantee from the foreign bank’s head office, all the deposits in the branch, creditors’ rights, any other obligations of the branch, an authorisation issued by the foreign bank’s head office in the name of the manager responsible for the branch and his deputy, and a proof of the governor’s approval prior to their appointment in accordance with the provision of Article 120 of this law.

The licence application should then be presented to the Board of Directors, which will decide on the matter within 60 days from the date of submission.

Article 70 stipulates that licensed foreign banks shall be registered in a special register in the CBE after they pay an inspection fee of EGP 500,000 for the head office, EGP 250,000 for each branch, and EGP 100,000 for each agency or small branch. Governor approval must be obtained before the establishment of each branch or agency starts.

Mohamed Abdel Aal, a banking expert, said that one of the most famous, oldest, and largest British banks with a massive global reach applied to obtain a licence to operate in Egypt amidst global fluctuations, shocks, and uncertainties due to the repercussions of pandemic.

He explained that the approval of the Board of Directors of the CBE came after all the necessary studies were conducted in accordance with the laws followed. The bank’s strategic plan is fully compatible with the requirements of the Egyptian economy in general, and the banking system in particular.

He added that Standard Chartered will certainly be welcomed by the banking community in Egypt, despite the expected competition. Clients will also welcome this bank’s presence in the Egyptian market, looking forward to a variety of banking products, modern technology, better services, and lower costs.

Abdel Aal also said that the bank was not concerned about potential pressure that could negatively affect economic indicators. “The bank was focused on its main goal of achieving joint interests with the Egyptian banking system,” he added.

When asked whether the bank specifically chose Egypt to expand its international activity, Abdel-Aal replied that there are several strategic reasons that prompted the bank to open a branch in Egypt, the most important of which is the development movement that took place in the Egyptian banking sector. One of the most important reasons why this development succeeded was the economic reform programme the state implemented.

“This bank chose Egypt because it knows that the Egyptian market is ready to accommodate a larger number of foreign banks to benefit from their expertise and capabilities, capital, new technological applications, international relations, and role in facilitating international trade between Egypt and the world. All of this is in line with The Egyptian state’s strategy in financial inclusion and digital transformation. The bank also knows that the Egyptian banking sector is a massive market in a country with a population of more than one hundred million people and only 38 banks. Lebanon, on the other hand, has 60 banks, even though its population is only 4.5 million people.”

According to Abdel-Aal, Standard Chartered came to Egypt because it is a country that has an ambitious economic and social plan. It is also aware that the Egyptian economy has proven to be flexible and resilient during the COVID-19 crisis, in addition to the fact that major international assessment institutions decided to stabilise Egypt’s credit rating over the past two years with a stable outlook. The Egyptian economy is also expected to improve further as a result of state-supported initiatives and the monetary policy adopted by the CBE.

He pointed out that Standard Chartered understands the interest of the state and the CBE in financing the activities of MSMEs. Financing these activities is of great importance for banks. There is also a promising market in Egypt in light of the economy heading towards digital transformation and a cashless society with a new culture of making payments using electronic wallets, mobile payment applications, and ATMs. The bank is also fully aware that despite what has happened to the global money markets in the past two years, the Egyptian pound was one of the currencies that has remained stable, with a decent improvement rate, whether in terms of exchange rate or real return rate.