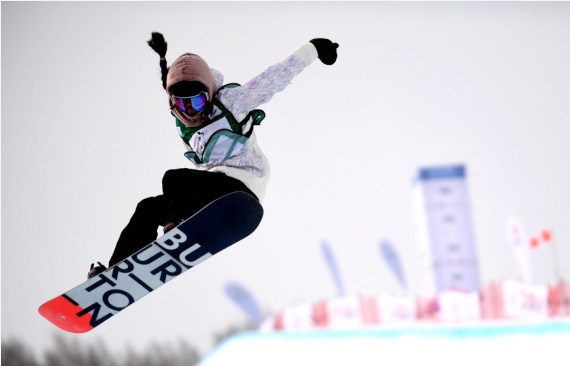 Among China’s snowboard team for the Beijing 2022 Winter Olympics, both acquaintances and fresh faces will appear at Genting Snow Park, some of whom are continuing to pursue their dreams of Olympic medals, while others are expected to inject new momentum into China’s snow sports.

Snowboard halfpipe is an event that China is developing at an early stage and has seen rapid development in recent years. Liu Jiayu and Cai Xuetong, two veterans embracing their fourth Winter Olympics, will no doubt be the focus.

Born in 1992, Liu shot to prominence at 17 when she was crowned 2009 world halfpipe champion. However, injuries affected her performance in several World Cup stops before the Winter Olympics.

Facing challenges, Liu still stays calm, saying her goal is to “do well at present”. The 29-year-old hoped to explore her limits and set an example for younger generations at the Beijing 2022 Olympics.

Unlike Liu, Cai is in good shape as she finished top of the World Cup standings for a record seventh time at the end of the past season. One year younger than Liu, Cai shares the same ambition as her teammate.

“I still feel I have potential. I have not reached my limits and I will try to find out where they are,” said Cai.

Unlike their predecessors, two newcomers will hope to learn from the their very first Olympics.

Su Yiming, 17, will represent China in the snowboard slopestyle and big air events. Having competed in five World Cup competitions in 2021, Su now stands top of big air and third in slopestyle on the FIS rankings.

Su is the first rider ever to land 1800s two ways in a FIS competition where he performed a backside triple cork 1800 and a frontside 1800. On October 28, 2021, he landed a backside 1980 during a snowboard training camp in Saas-Fee, Switzerland.

“After 110 days’ training camp abroad, I have not only become taller and stronger, but also grown more confident. I will do my best at the Winter Olympics,” Su said through social media.

The same age as Su, Tibet’s Yongqinglamu is the only snowboard cross participant to compete for China in Beijing 2022. Originally a footballer, she chose to become a snowboarder after various rounds of selection in 2018.

Without much experience in big events, she broke into the top 20 in the World Cup standings, reaching a career-best 17th.

“The inclusion to the Beijing 2022 Olympics demonstrates her personal ability and high quality training. I hope she can make a breakthrough for China,” said her coach Langjiaduoji.