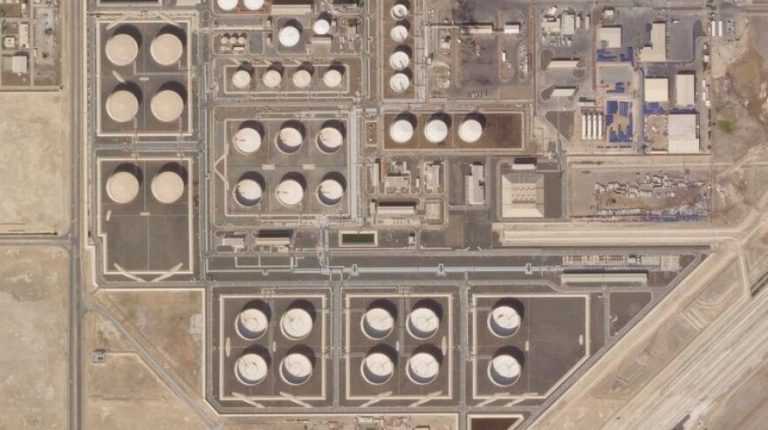 The Ministry of Defense of the United Arab Emirates(UAE) stated on Monday that its air defense systems intercepted and destroyed two ballistic missiles fired by Yemen’s Houthi militia aimed against the UAE.
A ballistic missile launcher in Yemen’s Al Jawf governorate was destroyed shortly after it launched ballistic missiles against Abu Dhabi, the ministry announced in a statement on its Twitter account.
No casualties were reported as a result of the attack because the ballistic missile fragments fell in several locations around the UAE capital, according to the official Emirates News Agency, citing a ministry statement.
Video footage posted on the ministry’s Twitter account showed huge fire erupting at an infrastructure, which was described by the UAE ministry as a ballistic missile launcher in Yemen, after it was hit by a missile. The missile was reported to have been launched by a F-16 fighter jet at 4:10 a.m. local time (0110 GMT).
The latest exchange of fire came after a Houthi attack on the UAE on Jan. 17, during which three petroleum tankers burst into a fire near Abu Dhabi National Oil Company storage facilities in Abu Dhabi. Three persons were killed and six others injured in the attack.
The Houthi militia in Yemen has claimed responsibility for the military operation that hit the UAE, an active member of the Saudi-led military coalition fighting the Houthis in Yemen.
In the week following Jan. 17, a Saudi-led coalition conducted a series of airstrikes across Yemen, hitting various Houthi-controlled targets and killing dozens of people.