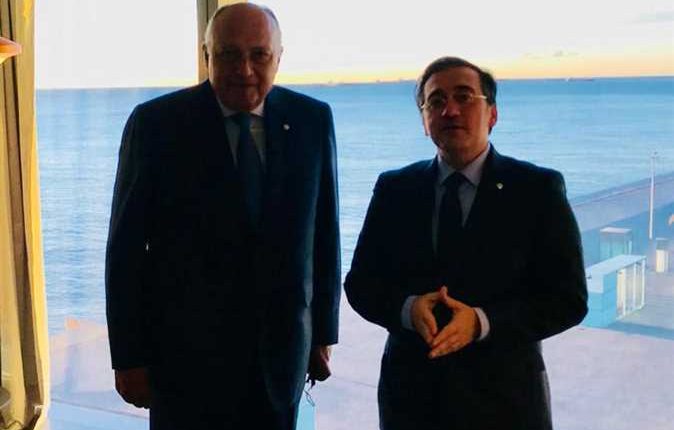 Foreign Minister Sameh Shoukry received a telephone call from his Spanish counterpart Jose Manuel Albares, during which they discussed bilateral relations between the two friendly countries and all regional files and issues of mutual interest.

The two ministers discussed the most prominent aspects of bilateral relations and areas of cooperation and to advance them to broader horizons, and continue to move forward in the path of strengthening and supporting various aspects of cooperation through mutual visits between the two sides for the benefit of the two friendly countries and peoples.

The two ministers agreed to intensify coordination on various issues, especially in international forums, and to emphasize mutual support in this regard.

Minister Shoukry and his Spanish counterpart also touched on the most important issues of the region and files of priority and common interest, where they exchanged views and visions in this regard.

The two sides stressed the need to work towards resolving crises and establishing stability throughout the region. They also stressed the importance of continuing political dialogue on various issues in a way that contributes to enhancing coordination between Egypt and Spain.