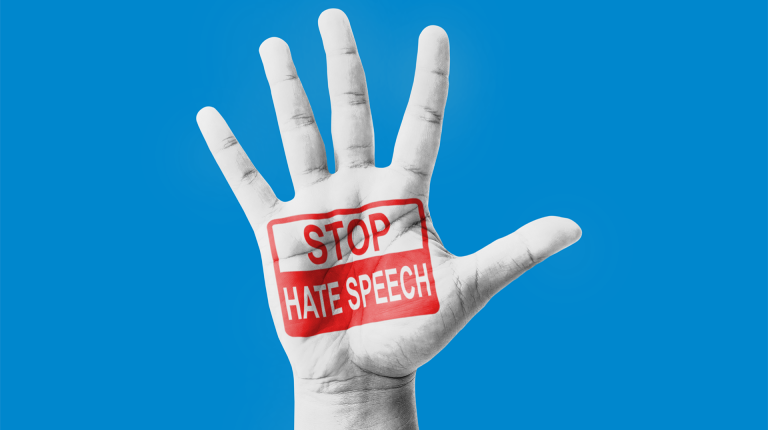 For several days, the international public opinion was occupied with Putin’s statements about blasphemy against the Islamic religion, as he stressed that insulting Prophet Muhammad is not freedom of expression in any way, but rather a violation of freedom of belief. Although Putin’s comments are a statement of fact, they are very important and meaningful because they are directed by a secular country, and by a man who is acutely aware of how extremist political groups have begun to use religious fanaticism in the last two decades to impose themselves on the political arena.

In fact, in the last two decades, the phenomenon of undermining Islamic sanctities and cursing the Great Qur’an and Prophet Muhammad, peace be upon him, under the pretext of freedom of expression, which is a legitimate human right. At first, these attempts seemed like an unjustified provocation to the feelings of nearly two billion Muslims around the world.

But with the time and with the continuation of this provocation and the repetition of these abuses, it became clear that it was the hateful political agendas that were deliberately provoking these crises intending to spread the spirit of hatred and obstruct all attempts of peaceful coexistence between followers of different religions, to stand against creating a healthy environment in which everyone lives with their different religions and their beliefs. And also to impede global efforts led by major religious institutions on the path of interfaith dialogue, which culminated in the signing of the Human Fraternity Document between the two largest religious symbols in the world in 2019.

The targets are clear, as there are many fanatic groups and parties in all religions in the world, such as Islamic terrorist groups in the East and the extreme right in the West, which are trying to exploit fanaticism as a means to control the world with the aim of purely material gains that have nothing to do with religions at all.

Moreover, all the wise men around the world from all religions, civilizations, and races affirm that contempt for religions is hate speech without any doubt and has nothing to do with freedom of expression. They also believe that such provocative behavior must be criminalized to prevent violence and extremism and to create a tolerant environment that allows for positive relations between people in different societies.

More importantly also, paragraph 2 of Article 20 of the International Covenant on Civil and Political Human Rights – which is the most important international and UN document in the field of freedoms and human rights – stipulates that freedom of expression should not lead to incitement to hatred, with a clear and explicit text saying: “The law prohibits any Advocacy of national, racial or religious hatred that constitutes incitement to discrimination, hostility or violence.”

Unfortunately, this article always collides with a rigid stance from Western countries that constantly stand by these provocative behaviours of Muslims under the pretext of fearing that this paragraph will be exploited to muzzle mouths and undermine freedom of expression, which indicates the arbitrariness and selectivity in the application of international law.

During the past two decades, countries and international Islamic organizations have made many efforts to urge the United Nations Human Rights Council to adopt a UN resolution banning and criminalizing defamation of religion, but Western countries stand against this project, which prevents the adoption of such an important international decision that enhances peace and coexistence among all human beings, and establishes the principle of respect for the religions of others.

Until the present moment, none of these attempts have succeeded in making contempt for religions an international law or incorporating it into international treaties and principles. This is mainly due to the lack of a serious, comprehensive, and international legal definition of the concept of defamation of religions. This concept is still ambiguous among all countries and a subject of widespread controversy among various jurists and religious scholars. In addition to that, there is no link between the defamation of religions and the dissemination of hate speech in various societies.

Despite that and all the deep intellectual and cultural differences between the general Islamic view of religion, and the views of non-conservative and non-Islamic societies on religious matters, the political risks and waves of religious terrorism that are sweeping the entire world with its various religions require the international community today to include hate speech and contempt for religions among the crimes that the court is competent to consider, especially since the recent events in the international arena indicated the danger of spreading hate speech and discrimination on international peace and security.

Contempt for the sanctities of others is not freedom at all. Rather, it is a crime that is rejected by all standards, and insulting and offending the symbols of other religions is an uncivilized act that harms the feelings of others and affects them. Respecting beliefs and religions would make the world more secure and stable. Nevertheless, what is most important is that establishing respect for religions can overcome the plight of this age, namely political intrigues that seek to mix religion with politics.