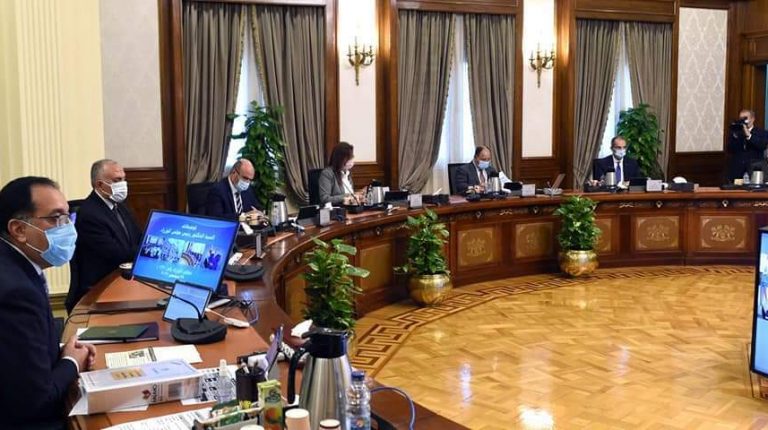 Prime Minister Mostafa Madbouly held, on Wednesday, a cabinet meeting, in the presence of Planning and Economic Development Minister, Hala El-Said, to review the expected scenarios for Egyptian economy performance during the coming period.

El-Said presented the medium-term economic growth scenarios, which included the most prominent goals that the government seeks to achieve during the next stage. They include inclusive and sustainable economic growth and achieving high levels of decent employment. She pointed out that this requires achieving high levels of employment and balanced investment, along with targeting promising sectors with high added value through the structural reforms programme.

In this context, she stressed that investment is the main driver of growth, especially in middle-income countries. The positive impact of investment on growth in the short and long term extends; with regard to the impact of fiscal stimulus packages on growth rates. The minister indicated that the stimulus packages, estimated at EGP 100bn and allocated to confront the coronavirus pandemic contributed, along with other presidential and CBE initiatives, to raising growth rates by about 0.3% in fiscal year (FY) 2019/20, and about 0.6% in FY 2020/21.

During her presentation, the Minister stressed the importance of identifying priority sectors when developing expected scenarios for economic growth. The indicators showed that the significant contribution to economic growth during the past decade was no longer limited to traditional sectors of high relative weight such as agriculture and industry, but also included promising sectors that achieve high growth rates such as the telecommunications sector and some activities related to the transport and storage sector.

The minister said that the agriculture, transport, trade and communications sectors are among the least volatile sectors, and therefore the structural reform program mainly targets the agriculture, industry, communications and information technology sectors. They comply with a number of targeted criteria, which are represented in achieving a high growth rate, in addition to their relative contribution to growth, as well as the stability in these sectors, with the ability to generate decent job opportunities and reduce poverty rates.

Accordingly, the expected scenarios indicate that there is a “baseline” scenario, which assumes a cautious growth pattern in the medium term with the continuation of the repercussions of the coronavirus pandemic, while another scenario is assumed, which is the “optimistic scenario”. It includes the success of the sectoral structural reforms program and a faster recovery from the repercussions of the pandemic. All estimates are reviewed on a monthly basis in light of the persistence of these repercussions.

Moreover, Minister of Finance, Mohamed Maait, referred to the most important goals for finance during the coming period, including working to return the downward path of the government debt ratio to the domestic product starting from FY 2021/22.