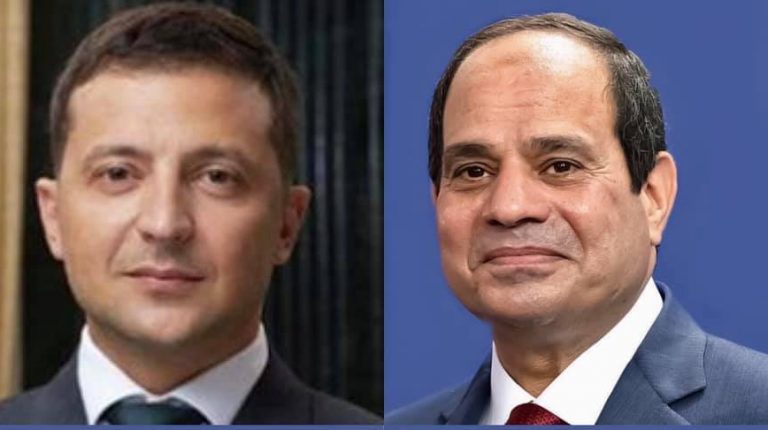 The conversation dealt with ways to enhance bilateral relations, especially economic, investment and trade, in addition to advancing security cooperation between the two countries to serve common interests.

Both leaders have also reviewed the latest developments of a number of regional and international issues of mutual interest.

During the discussion, President Al-Sisi praised the momentum gained during the recent period in the bilateral relations between Egypt and Ukraine, stressing his aspiration to upgrade these relations to include various possible aspects of cooperation.

He further highlighted Egypt’s interest to cooperate with Ukraine in the food industries, wheat silos, ports, energy, and tourism, as well as establishing joint investment projects.

For his part, the Ukrainian president affirmed his country’s keenness to coordinate and consult with Egypt in various fields, with the aspiration to strengthen relations of cooperation between the two friendly countries, according to the official spokesperson for the Egyptian presidency.

Zelensky applauded Egyptian efforts to ensure stability and security in the Middle East and the African continent, as well as confronting illegal immigration to Europe.