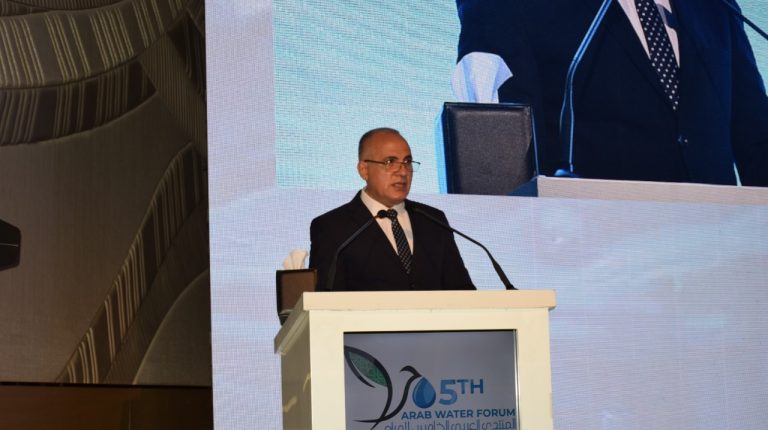 Egypt’s Minister of Water Resources and Irrigation, Mohamed Abdel Aty, has stressed the need to take into account cooperation in dam projects established on international rivers and their intertwining with climate change.

He also highlighted the importance of dealing seriously with any unilateral measures that contribute to exacerbating the consequences of climate change at the level of international river basins, foremost of which is the construction of dams on international rivers without taking into account the concerns of the downstream countries.

During a speech before the 5th Arab Water Forum on Tuesday in Dubai, UAE, Abdel Aty noted that Egypt has been engaged for a decade and with a strong political will in serious negotiations in good faith, hoping to reach a legally binding agreement on filling and operating the Ethiopian dam, “but the other party did not have sufficient political will and sincere intention to reach such an agreement.”

He explained that during the negotiations, Egypt presented several filling and operating scenarios that deal with all the hydrological conditions of the river, and that ensures that Ethiopia generates and produces approximately 85 percent of the energy. Electricity required during extreme dry periods.

Abdel Aty added that unilateral measures and wrong information would complicate the situation, pointing out that reaching an agreement could pave the way for economic integration and comprehensive development for all countries in a way that achieves the development goals of the three involved countries; Egypt, Sudan and Ethiopia.

The minister reviewed Egypt’s current water situation and the challenges facing the water system, especially with the growing gap between supply and demand for water, given that Egypt is one of the driest countries in the world, which made the balance between resources and needs a serious problem.