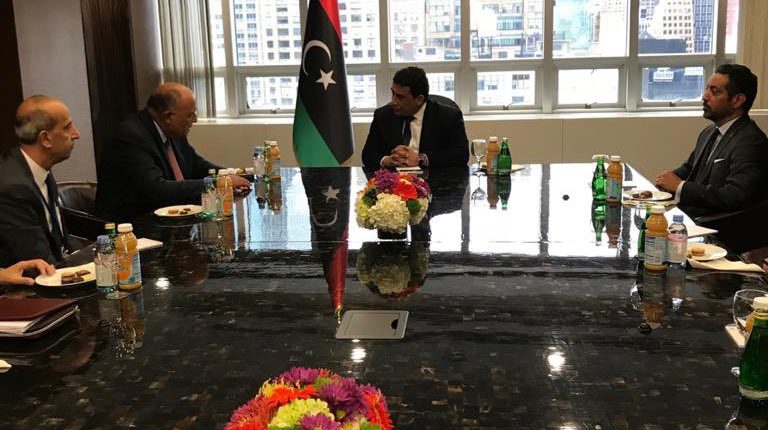 Egypt’s Minister of Foreign Affairs Sameh Shoukry met, on Monday, President of the Libyan Presidential Council, Mohamed Al-Menfi, to discuss building on the momentum witnessed in bilateral relations between the two neighbours.

The official spokesperson for the Ministry of Foreign Affairs, Ambassador Ahmed Hafez, said that the meeting dealt with the developments in the Libyan file and pushing forward a comprehensive political settlement.

Egypt, Algeria, and Tunisia announced their participation in a high-level meeting on Libya on the sidelines of the 76th session of the United Nations General Assembly in New York, which started on Monday.

Italy, France and Germany are scheduled to chair a high-level event on the developments in the Libyan situation.

Italian Foreign Minister Luigi Di Maio said that the meeting will discuss accelerating the mechanism for the exit of foreign forces and fighters in Libya, stressing that the (Russian) Wagner Company is one of the forces that are fighting on Libyan soil, and have tried to expand across the Libyan border.