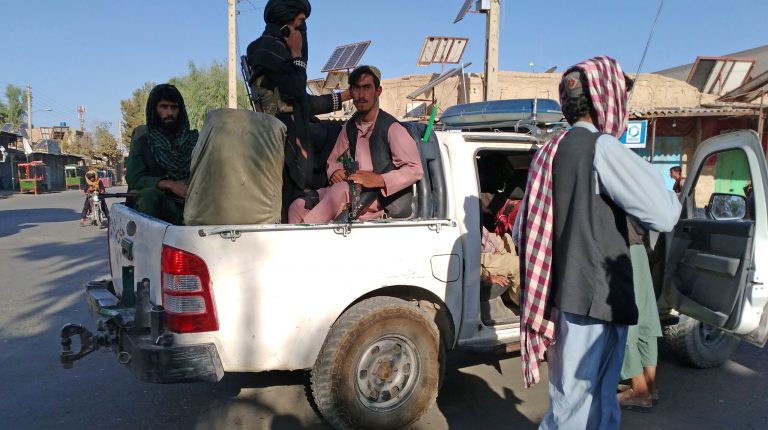 Afghanistan has 34 provinces. And clashes have been continuing in nearly half the provinces within the recent months.

On Monday, Taliban militants claimed that the insurgents took control over Aybak city, the capital of northern Samangan province.

At the same time, the Afghan government said that the national forces repelled a militants’ attack on Aybak city Sunday night, killing 20 Taliban militants and injuring eight others.

Earlier on Wednesday, Afghan President Mohammad Ashraf Ghani traveled to Mazar-i-Sharif, the capital of northern Balkh province. A security meeting was underway in the city. Taliban militants have a presence around the city, trying to capture Mazar-i-Sharif.

The security situation in the war-torn country has deteriorated as Taliban militants continue heavy fighting against government forces and gain ground since the drawdown of U.S. troops from May 1.

In Afghanistan’s capital Kabul, thousands of displaced families arrived from the northern region, living in open grounds and public parks.