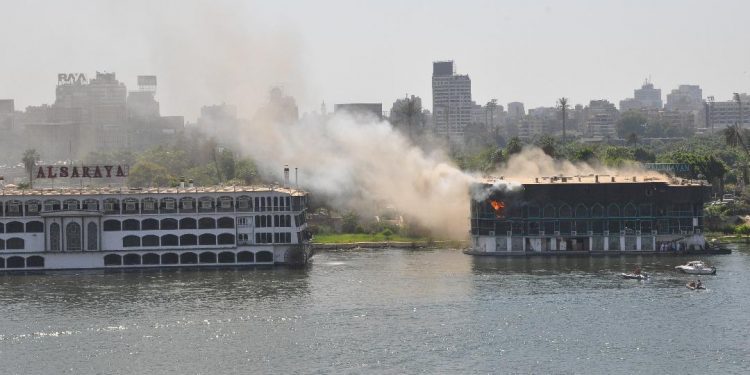 According to a preliminary investigation, the fire was caused by a short circuit due to high electricity loads and soaring temperature.

At least seven fire engines were sent to the scene and succeeded in extinguishing the fire and rescuing a worker in the boat.

Cairo Governor Khaled Abdel-Aal confirmed that there were no casualties in the incident.

Nile boats were also deployed to the scene to evacuate the boat. A security cordon was also imposed in the area of the burned boat to control the fire.