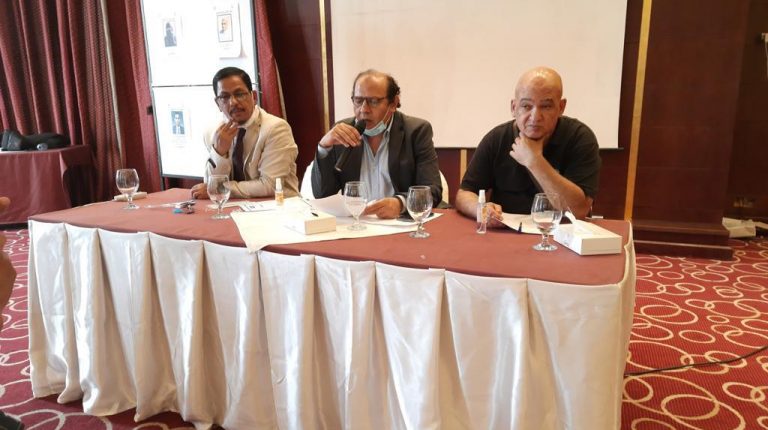 The Independent Teachers Union held its fourth ordinary general assembly in Zamalek, on Friday, bringing together over 100 representatives from 15 Egyptian governorates and representing 15,000 union members.

The meeting was held under the slogan “For Freedoms of Unions”, with the aim of filling the union’s vacant managerial positions through organised elections. The event also discussed the role the union will play in the coming period in terms of education development

“This general assembly stresses the legal presence of the Independent Teachers Union in accordance with Egypt’s Trade Unions Act,” said Abdelhafeez Tayel, Deputy President of the Union and Director of the Egyptian Center for the Right to Education, “We hope to shed light on and address the issues we had with registering branches of the union in some of the governorates, including Qena, Alexandria, Gharbeya, and Giza.”

For his part, Hassan Ahmed Mohamed, President of the Independent Teachers Union and representative of the Arab region at Education International, said that the union has been making tremendous efforts since its establishment as a legal entity in 2009.

It has represented Egyptian teachers across the country, and prioritised improving their financial and social situation, amongst other crucial aspects essential for the improvement of education in Egypt.

“You cannot have a better education system without addressing the needs of teachers,” Mohamed noted.

Moreover, he pointed out that during the novel coronavirus (COVID-19) pandemic, the union has held several awareness-raising and training sessions for teachers. These aimed to help them cope with the world’s new reality, while staying safe and healthy.

Mohamed Hassoun, union head for Port Said Governorate, said that holding the General Assembly is proof that the union will continue to practice its legal right as an entity that encourages democracy, regardless of all difficulties.

Awareness brochures were handed to attendees during the event to stress the importance of adhering to the COVID-19 precautionary measures inside and outside schools. The brochures also briefly explained the role of the union, its message, and mission.

It is noteworthy that the Independent Teachers Union’s first General Assembly was held in 2010 at the Al-Saedeya Secondary school in Giza following its official registration.