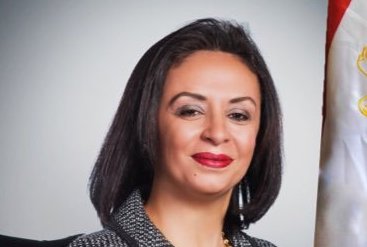 The Women’s Complaints Office at the National Council for Women (NCW) received its highest number of complaints/inquiries, either through phone calls, walk-ins, or social media contact, in 2020, according to the NCW’s Chairperson Maya Morsy.

The increased ability to reach out to those in need comes as a result of the enhanced infrastructure at the NCW, which now has 27 branches across Egypt.

She noted that 80% of those contacts made during 2020 were about economic difficulties faced by women as a result of the novel coronavirus (COVID-19) pandemic.

“The complaints office has strong networks and links with several concerned authorities that worked even closer to the people during the pandemic and all of the calls received were resolved by the NCW, if within its mandate,” Morsy said, “If not, then they were referred to the concerned entities with close follow-up, to make sure women got the services that they are entitled to.”

She said that due to the lockdown and the tremendous amount of stress and fear faced by all, the rate of violence against women, and domestic violence in particular, rose globally.

She also said that, as a result, the NCW has cooperated with the Egyptian Center for Public Opinion Research – Baseera and UN Women to conduct a phone survey during the period from 4 to 14 April that tackled the COVID-19 impact.

The survey included 1,518 women over the age of 18, with the results confirming that the pandemic contributed to a change in lifestyle compared to the pre-pandemic period.

Morsy revealed that the results showed that 7% of wives reported that they had already been subjected to violence at the hands of their husband, either in the form of verbal abuse or insults.

A total of 33% reported increased problems within the family, whilst 19% reported an increase in violence among family members.

Morsy noted that the level of awareness among family members on the means of preventing the spread of COVID-19 is 94%, while 72% of the respondents believe that the family’s income has been affected by the crisis.

Opinion| Towards a post-COVID-19 world

Opinion| COVID-19 and the impacts on tourism

1 in 3 women experience violence globally: WHO