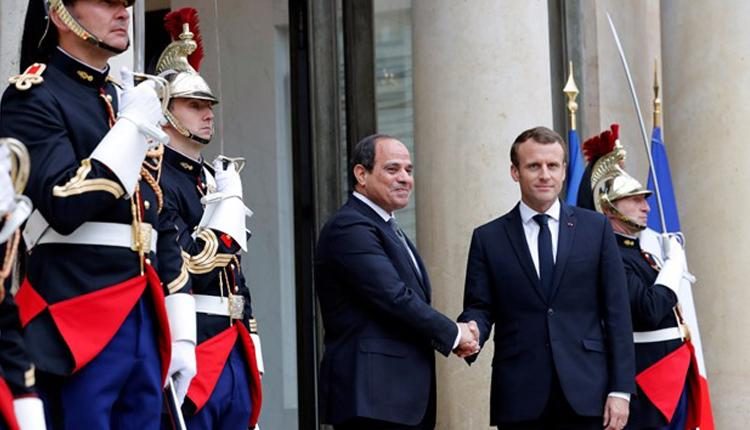 Egypt’s President Abdel Fattah Al-Sisi arrived, on Sunday, in the French capital, Paris, for an official visit upon the invitation of his French counterpart Emmanuel Macron, according to an Egyptian Presidency statement.


The two leaders are scheduled to meet on Monday to discuss regional updates, particularly tensions in the Eastern Mediterranean and the Libyan crisis.

The talks between the two heads of state will also tackle joint coordination over regional and international issues of common interest.

The visit aims to strengthen strategic relations and enhance bilateral cooperation in particular the trade and investment fields in light of Egypt’s keenness to attract foreign investments in its major national projects, the statement added.

Al-Sisi is set to meet on Sunday French Foreign Minister Jean-Yves Le Drian on Sunday. Le Drian recently visited Cairo to soothe tensions and outrage sparked in the Muslim world over controversial cartoons depicting the Prophet Mohammed that were recently re-published in France.

The Egyptian President is also set to meet with France’s Prime Minister Jean Castex, as well as other ministers and top officials. Al-Sisi will also meet up with the head of France’s National Assembly and the president of the French Senate, the statement noted.

Talks with French officials will tackle Egypt’s “vision over regional crises and ways to deal with them in particular tensions in the Eastern Mediterranean”, according to the statement.

Earlier on Thursday, the French presidency announced that Al-Sisi will begin an official visit to France on Sunday that will last for two days. It added that the Egyptian President is scheduled to meet his French counterpart at the Elysee Palace on Monday.

The visit aims to strengthen relations between Paris and Cairo, “a strategic partner and essential for stability” in the Middle East, the French presidency said.

Egypt and France enjoy close, friendly relations which have been enhanced in recent years. The two countries are keen on bolstering bilateral cooperation on economic, political, military and cultural levels.

Both also have adopted a common position regarding the Turkish interference in Libya and the Turkish exploring activities for oil in the disputed Eastern Mediterranean waters.

Meanwhile, France is a very important economic partner to Egypt, with the country having pumped €5bn in current investments into the latter.

The trade exchange between the two sides has reached €3bn, according to Hassan Behnam, Managing Director of the French Chamber of Commerce in Egypt (CCIFE).

On the military level, the Armed Forces of both Egypt and France regularly conduct joint maritime drills in the Mediterranean Sea, with an aim to exchange expertise, confront threats, and maintain maritime security. The military cooperation also showed in arms deals including the deals of Rafale fighter jets and French Mistral ships.

The two states also are working on enhancing cooperation in several communications and information technology (CIT) fields. This is focusing, in particular, on capacity building, providing support for entrepreneurship, as well as research and development in the field of artificial intelligence (AI).