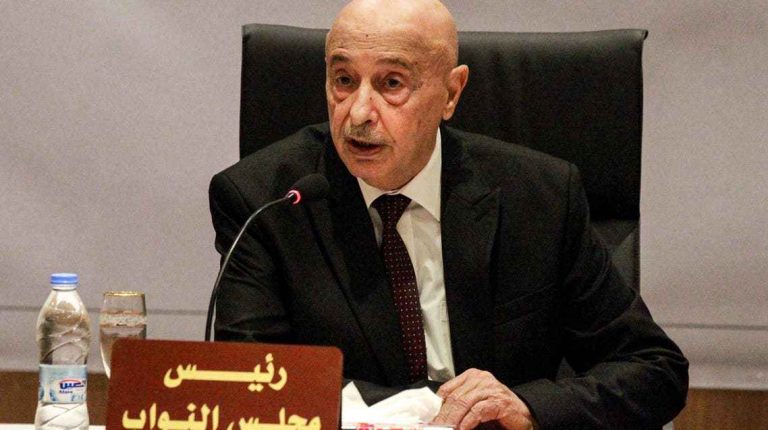 Libyan House of Representative (HoR) Speaker, Aguila Saleh, is expected to play a major role in Libya during the coming period, amid hopes of a political settlement to the long-time crisis in the country.

Saleh has cemented his reputation as a leading statesman due to his vigorous, and vocal moves to resolve the ongoing crisis in Libya.

“I believe that Saleh has become an eligible figure, for both Libyans and international community to run the country,” Libyan researcher and political analyst Ibrahim Belgacem told Daily News Egypt.

Earlier this month, Reuters reported that the European Union (EU) plans to remove Saleh from its sanctions blacklist, in a bid “to encourage peace efforts” following his addition to the list in April 2016.

The Libyan arena has also, in recent weeks, witnessed rapid developments most importantly the oil production and export resumption.

In August, Saleh and Government of National Accord (GNA) head Fayez Al-Sarraj’s announced in two separate statements that they had agreed on a Libya-wide ceasefire.

Other developments that have occurred include talks on the Libya crisis in Morocco that made some progress towards providing solutions and Al-Sarraj’s recent announcement of his intention to resign by the end of October.

“Saleh is a real partner to the GNA and the Libyan people, as he heads the parliament, and also because of his initiative which is the most appropriate for this stage,” Belgacem said.

In April, Saleh put forward a road map to resolve the Libyan crisis, proposing the formation of a Presidential Council, either by consensus or through elections under the supervision of the United Nations (UN).

Following its approval, the council is expected to nominate a prime minister and two deputies representing the three regions of Libya. Those who fill the roles would then be expected to form a government that will be presented to parliament for a vote of confidence, with three politicians set to be partners in adopting cabinet decisions.

Belgacem said that the Libyan political dialogue team is expected to meet on 15 October to discuss the political path for the crisis. He believes, however, that “the talks might be relocated from Geneva to Tunisia or Morocco”.

LG aims to export 70% of its Egypt-manufactured products

Significant progress made as Libyan talks in Hurghada conclude: UNSML