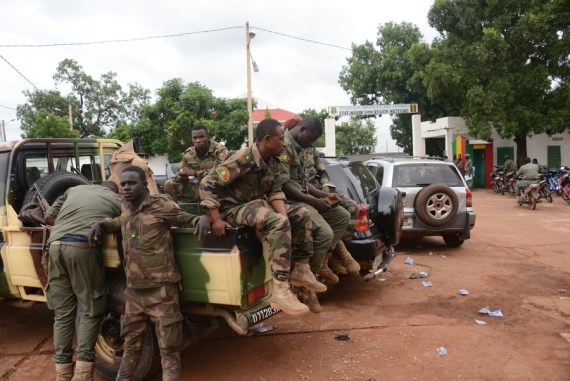 Chairman for the Economic Community of West African States (ECOWAS) and Ghanaian President Nana Addo Dankwa Akufo-Addo on Tuesday urged the sub-regional leaders to cooperate towards finding an early solution to the political crisis in Mali.

Opening the summit of heads of state of the ECOWAS, Akufo-Addo said there is an urgent need to resolve the crisis due to the threat it poses to peace and security in West Africa and beyond.

“We need a deliberate and timely effort to overcome the Malian challenge because terrorists are taking advantage of the situation to create tension in the sub-region,” he said.

Akufo-Addo, who is hosting his first summit since assuming office as ECOWAS chairman, added that the circumstances in Mali “require an urgent closure to the matter now”.

“It is my belief that a face-to-face meeting between representatives of the 15-member body and the military leaders in Mali presents us the best opportunity in finding a firm solution to the situation,” he added.

The National Committee for the Salvation of the People (CNSP), the country’s current governing body, announced on Aug. 27 that it had released ousted President Ibrahim Boubacar Keita, who had been “secured” in a military camp.

The release of Keita was agreed upon by the CNSP and the mediation delegation of the Economic Community of West African States (ECOWAS), which stayed in the country during Aug. 22-24.

Cairo expressed its support to all political efforts that aim to solve the crisis, including the African Union (AU) and the Economic Community of West African States (ECOWAS).

The military coup in Mali was internationally condemned and the AU suspended the country’s membership in the union.