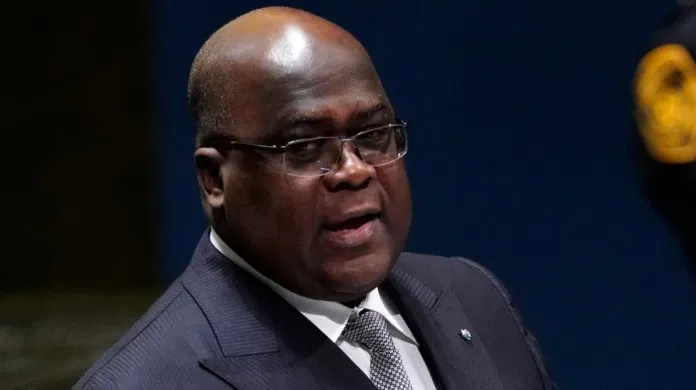 Celestin Tunda, Minister of Justice of the Democratic Republic of the Congo (DR Congo) officially resigned from the government on Saturday morning.
This resignation follows his arrest two weeks ago in Kinshasa by the judicial police and then released a few hours later. According to him, he leaves the government with the conviction that his action in the Ministry of Justice “has brought a stone to the edifice of the consolidation of the rule of law” in the country.
The justice minister was at the center of debates on the three legislative proposals made by deputies close to former President Joseph Kabila on justice reforms. These legislative proposals which provoked violent protests in Kinshasa did not receive the opinion of the government before being transmitted to the National Assembly.
During a council of ministers held in Kinshasa by President Felix Tshisekedi, members of the government discovered that Tunda transmitted these proposals to the National Assembly without the approval of members of the government.