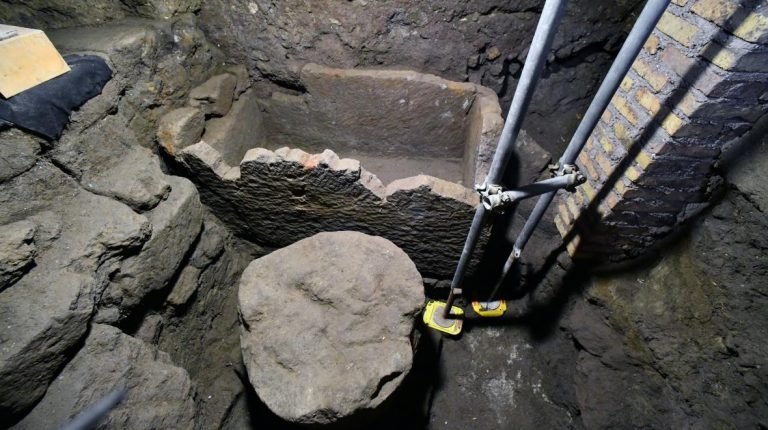 Archaeologists unearthed on Tuesday the burial chamber of Romulus, the legendary founder of Rome, according to The Times news portal. The tomb, which dates back to the 6th century BC, was found at the Curia-Comitium complex, which was mainly an open-air public meeting space of Ancient Rome.

Alfonsina Russo, director of the Colosseum Archaeological Park, told the Times that the “discovery is extraordinary,” explaining that the “forum never ceases to yield amazing fresh treasures.”

The rock sarcophagus is measured at about 1.4m long.

The burial chamber was found right beneath the stairs of the Curia.

According to Russo, archaeologists believe that the temple’s altar was most likely positioned where ancient Romans believed Romulus was buried. Yet no bones were found in the coffin.

Romulus was the first king of Rome and the person who founded the country’s primary political, religious, and social institutions.

Pilgrimage season gets underway in Europe

Two Palmyra artworks destroyed by ‘IS’ restored for first time