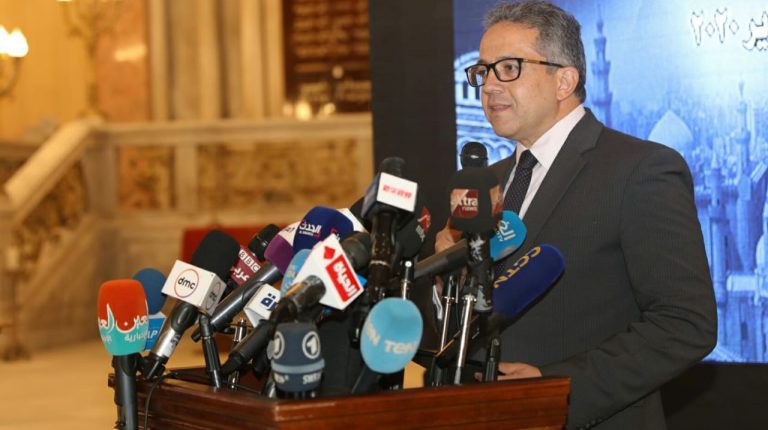 Egypt reopened the two and half century old Jewish synagogue, Eliyahu Hanavi, after three years of restoration on Friday.

Khaled Al-Anani, Minister of Tourism and Antiquities, said that Egypt is unique in its cultural and civilisational diversity.
He added that the opening of the Jewish synagogue in Alexandria after its restoration is considered a message to the world that the Egyptian government cares about the Egyptian heritage of all religions.

During the inauguration , a documentary film on the city of Alexandria was presented on the cultural diversity and its embrace of all religions, presenting also the history of the Jewish synagogue and its construction in 1354.

The minister said that he witnessed the opening and inspection of a number of holy places of worship between Cairo and Alexandria, where he inspected the Royal Al-Fateh Mosque in Abdin district, then inspected the ancient church of Alexandria and went to open the Jewish synagogue after the restoration operations that lasted for nearly three years.

Does the court ruling on Jewish mouled flout the constitution?

Tourism insights from around the world