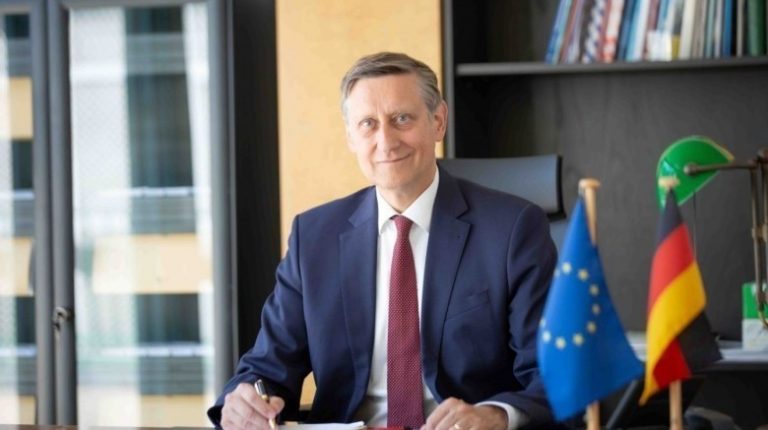 German ambassador to Cairo Cyrill Nunn signed on Monday a new grant agreement with Egypt’s Minister of Investment and International Cooperation (MIIC) Sahar Nasr, worth EGP36m to improve the quality of the country’s agricultural production.

The new grant will also improve the regulatory systems for ensuring the quality of agricultural production from the early stage to the final stage of the harvest.

Through the new grant, a dialogue platform for experts will be established to discuss the quality of agricultural production in Egypt under the umbrella of both Egypt’s Ministry of Agriculture and Land Reclamation and the Germany’s Federal Ministry for Food and Agriculture.

Nasr pointed out that this grant is a confirmation of the strategic partnership between Egypt and Germany, completing the latest framework agreements that were signed between both countries during the past period.

Nasr asserted that the agreement will significantly support the agriculture sector and food security for Egyptian citizens.

Nasr also called on German companies to pump more investments into Egypt, especially with the rise of German investments in Egypt during the past four years currently reaching $7.4bn through about 1,215 companies.

For her part, Mona Mehrez, deputy minister of Agriculture and Land Reclamation for livestock, fish, and poultry, asserted that this agreement also includes training of all the agricultural workers which sits at about 25 million people whether in the ministry or in normal farmers.

The Egyptian consumer will benefit by receiving a safe commodity, Mehrez mentioned, noting that MIIC’s efforts to support the agriculture sector are key to improving the performance of the sector in Egypt.

“This new project is complementary to previous projects that the ministry implemented  in the fields of animal health which ensures the importance of agriculture and food security for citizens,” she added.

“Germany has supported Egypt since the beginning of economic reforms in Egypt in 2016, and I am happy that economic growth now take a positive turn,” the German ambassador said, noting that this new project is one of the important projects between both countries in the agriculture sector.

7 challenges facing the iron and steel industry in the Arab region: George Matta