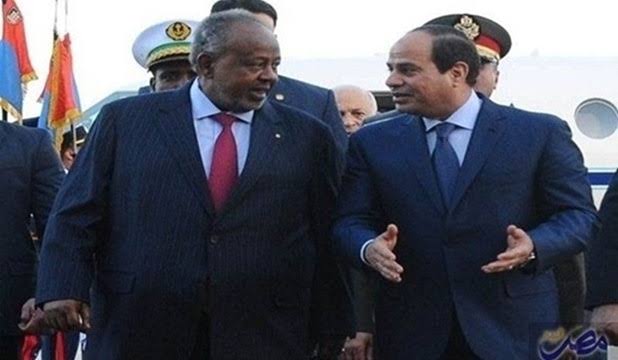 Egypt’s President Abdel Fattah Al-Sisi voiced his people’s and government’s support to Djibouti in the wake of floods that the African country suffered from recently, the presidency spokesperson stated.

In a phone call with the President of Djibouti Ismaïl Omar Guelleh, Al-Sisi assured that Egypt will continue to stand by his brothers in Djibouti and that Egypt is ready to dispatch medical and relief aids to help the Djibouti people.

On the other hand, the president asserted Egypt’s keenness on enhancing cooperation between the two countries in the sectors of trade and investments, praising Djibouti’s role in the region as a partner in achieving goals that aim to reach economic development, maintaining security and stability in the Horn of Africa and the Red Sea.

The pair also discussed the recent developments of several regional issues and others related to the African Union.

The East African country suffered three days of floods and heavy rains between 21 and 23 November that affected the entire country. Over 30,000 or 40,000 families (about 150,000-250,000 people) have been affected by the floods according to the United Nations Children’s Fund (UNICEF).

Kenya and Somalia also suffered heavy rainfall and floods where at least 12 people were killed.

US Military airbase attacked by Al-Shabaab in Kenya