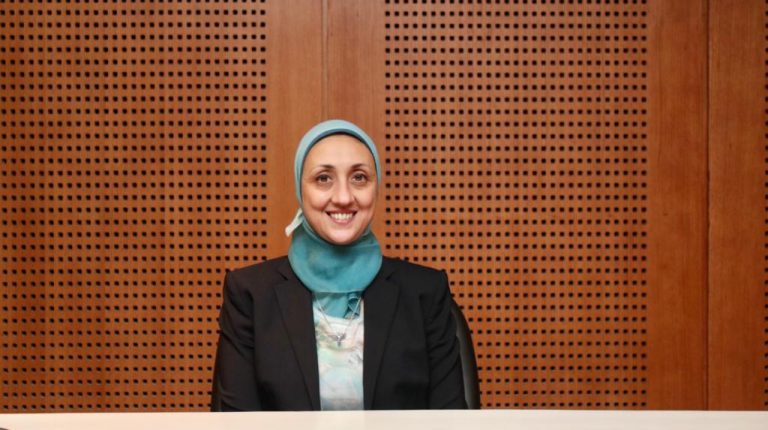 ITIDA’s CEO Hala El Gohary said that the agency’s logo has been changed to comply with the country’s trajectory towards a digital government, adding that it has been able to train 16,500 young people and provide about 9,000 jobs in 2019.

What is the volume of the information technology (IT) sector’s exports?

This year, the volume of exports of the sector, including software, outsourcing, and consulting services, reached $ 750m, an increase of 15% from 2018.

What is the agency’s strategy during the coming period?

The agency is currently focusing on five issues, the development of digital exports in terms of quality and quantity, in addition to supporting the digital transformation system in Egypt, and developing an integrated system for the development of human exports. It is also working to stimulate creativity and entrepreneurship and prepare for a good business environment.

Why did the agency change its logo? What does the new logo symbolise?

On the occasion of the 15th anniversary of ITIDA’s establishment, the agency has decided to change its logo in line with the state’s orientations towards digital government.

The new logo includes four colours. The first is blue to indicate confidence in the work to open new markets. Green symbolises growth through the development of the local market and companies operating in it. In addition, red is for stimulating creativity, innovation, and research and development. As for grey, it means balance, referring to the agency’s balance between the three objectives mentioned in the previous colours.

How does the ITIDA measure the performance of the IT market in Egypt to assess its performance?

What are the results of ITIDA’s efforts this year?

Egyptian startups have received investments from investment funds and risk capital since 2016, reaching $180m, including $65m this year. Through the TIEC, ITIDA also succeeded in graduating 16 startups in the Technology Incubation Programme and the reception of 22 others.

Over 30% of the workforce in the technology sector over the past 15 years has been trained by ITIDA.

In addition, 70 cooperation agreements were signed with more than 45 foreign investors, providing 40,000 direct jobs, supporting 400 entrepreneurs, and incubating 450 start-ups over the past years.

The volume of subsidies of the Egyptian Export Program reached about EGP 350m since the beginning of the programme in 2009.

What are the details of your participation this year at Cairo ICT?

The authority will participate in this year’s Cairo ICT Exhibition and Conference through two booths on an area of 1400 square meters across six sections. A large number of events, workshops, and awareness sessions on emerging technologies will also be organised.

Moreover, a number of competitions of entrepreneurs and developers will be held, in addition to signing of agreements with international companies on the establishment of centres of excellence in Egypt.

What is the status of plans to expand the establishment of technological zones?

Expansion of the free zone technology park has become the responsibility of the private sector in partnership with the Silicon Oasis Company for the management and development of technological zones, which ITIDA partly owns in terms of capital.

The Technology Zones Project is one of the strategic pillars to serve the development goals in the country in general by stimulating and nurturing creativity, and providing an ideal environment for technological incubators, capacity building centres, and technology localisation.

It is also working on creating job opportunities for Egyptian youth in various governorates. It particularly serves the work of the Ministry of Communications and Information Technology (MCIT) and ITIDA, especially the outsourcing and electronics design sectors.

The outsourcing industry is a top priority for the agency, with about 215,000 employees working for this section. It is expected to increase the number to 240,000 in 2020 according to the estimations of the International Data Corporation (IDC). There are more than 100 countries that obtain these services from Egypt with more than 20 languages.

Egypt ranks first in the Middle East and Africa region according to the consulting company AT Kearney’s report, compared to the countries that provide these services, and it ranks among the top nine global locations serving European markets, according to the IT service management company Gartner’s report for the third time in a row.

ITIDA plans to increase Egypt’s share of the global market for IT outsourcing and existing services, which currently stands at 16%.

Egypt deserves this place as it has all the qualifications that places it among the most important and preferred destinations for these service providers in the world, whether abundant digital skills or the cost of business, it has a set of competitive advantages in the Middle East and Africa or North and Western European countries.

We aim to strengthen Egypt’s position on the global map of services, technological innovation, and entrepreneurship, as well as the design and manufacture of electronics by enabling research, development, and stimulating innovation.