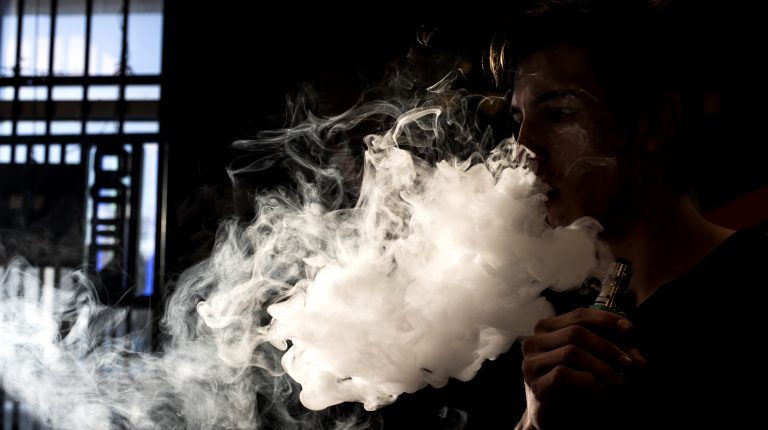 Following the 7th annual E-Cigarette Summit held this month in London, Daily News Egypt interviewed John Britton, Professor of Epidemiology and Director UK Centre for Tobacco & Alcohol Studies at University of Nottingham to know his opinion regarding the issue. Britton is also a consultant in respiratory medicine at Nottingham City Hospital.

Why are there so many debates about e-cigarettes?

Most of these debates were caused by doctors who would prefer smokers to be treated with medicines rather than consumer solutions. The US is also very different to other countries because there is a cultural antipathy to addiction of any sort, which unfortunately stigmatises smokers rather than helping them stop smoking. They believe switching people to long-term nicotine use from tobacco is perpetuating nicotine addiction, but this is wrong. Nicotine while addictive, it is not particularly harmful. It’s the burning of tobacco that causes the majority of health problems linked to smoking, so the view in the UK by contrast is that even if people stay addicted to nicotine, it is a better option than continuing to smoke.

The vaping market is increasing, how will this affect the traditional cigarette market?

Hopefully vaping will replace smoking. It may take decades, but hopefully other products will come along that will also function to help replace cigarettes, maybe other products better than e-cigarettes. E-cigarettes are already widely replacing smoking, such as in the UK where we are relatively ahead of the rest of the world in its usage. We now have about 3.5 million vapers and about 7 million smokers, whereas 10 years ago we had 10 million smokers and no vapers. Accordingly, it’s taking part of the share, we have about 40 million vapers worldwide today.

Do you think the e-cigarettes are going to be an alternative for traditional cigarettes or a channel to quit smoking?

Most of the statistics only focus on Europe, the United States, UK, and ignore other regions like Africa, do you think vaping is as popular there?

In lower middle-income countries or where you have low rates of smoking in the first place, the role of e-cigarettes as an alternative to smoking is probably less appealing to their role in a rich country where smoking rates are already falling and most smokers are looking for a way to stop anyway. Generally, if you are an established smoker wherever you are, you will be better off vaping, so it makes sense to make electronic cigarettes available to smokers wherever they are. The dynamics are different depending on the different economic settings per country.

What are the challenges facing the vaping market?

The challenges that we are dealing with are concerns over health and harms that have been coming out of the United States. The solution or the response to that should be to point out that this is caused by cannabis vaping and is not caused by regular nicotine vaping.

Whose responsibility is it to prove this?

E-cigarettes should be used to help smokers to stop smoking and the industry needs to promote that. The main challenges are dealing with proper understanding about the health risks, and dealing with inappropriate regulations. It makes no sense at all to prohibit e-cigarettes in the great majority of circumstances. I think the industry has to deal with that, because if you want to sell electronic cigarettes in India now, you can’t and that’s a mistake. India has the sixth of the world’s population. They have a lot of smokers and they should be able to offer those smokers electronic cigarettes. Another big challenge is the World Health Organization which sees e-cigarettes as a mistake instead of being an opportunity.

CDC recommends that people should not use THC-containing e-cigarette, or vaping, products