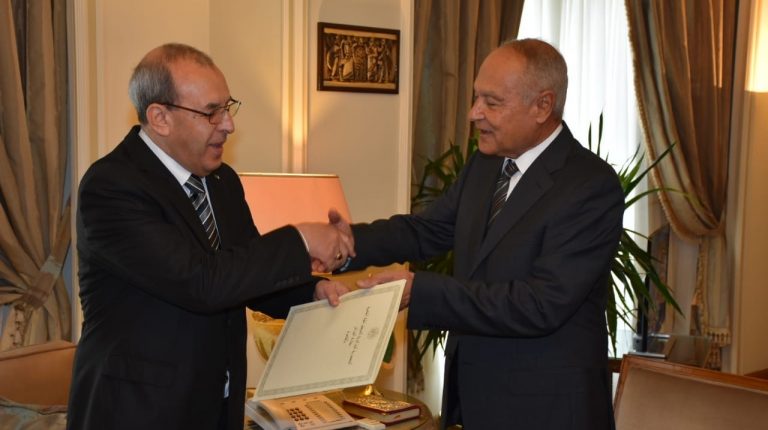 During the meeting with Ibrahim, they discussed  peace efforts aimed at reaching an agreement between the Sudanese government and the SRF.

To achieve security and stability in Sudan, Aboul-Gheit asserted that addressing all outstanding issues is very important and needed to be done as soon as possible.

The SRF’s leader also gave a comprehensive presentation to Aboul-Gheit about the development of the ongoing peace negotiations, hoping that the AL would support Sudan in negotiations to resolve the challenges of its transitional period.

On that note, Ibrahim also praised the AL’s role in sponsoring and participating in the negotiations between the Sudanese government and the armed movements.

Meanwhile, the AL chief’s meeting with the new Algerian delegate, Lajouzi on Monday, tackled the role played by Algeria within the framework of the AL, in addition to the latest developments related to several issues in the Arab region.

In the meeting, the ambassador conveyed the greetings of Algerian Foreign Minister Sabri Boukadoum, in addition to handing his letter of credence to Aboul-Gheit.

Aboul-Gheit expressed his confidence in Algeria to continue its active contribution within the AL’s framework, reviewing all current priorities of the league, and ongoing efforts to address the crises and challenges faced by the Arab world.

Witness to War and Peace: Egypt, the October War, and Beyond: English memoir of Al-Sadat’s Cabinet