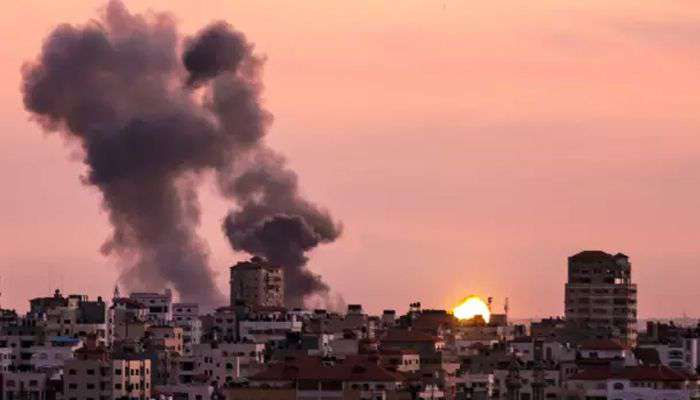 The Israel Defense Forces (IDF) has claimed responsibility for the airstrikes, saying, “in response to rockets fired at Israel, we struck Hamas terror targets in Gaza.”

Earlier on Friday, the IDF reported that 10 rockets were launched against southern Israel. While eight of them were intercepted by the Iron Dome missile defence system, the other two rockets hit a house in the southern town of Sderot causing damage to it.

There were no reports of casualties and no Palestinian group had claimed responsibility for the rocket fire.

In a statement, the Israeli military said it had targeted military compounds affiliated to Hamas, including weapons manufacturing and storage facilities, a naval base, and training compounds.

The AFP said that the sound of explosions was heard across the tiny but densely populated territory, shattering a calm that had lasted since 12 September.

Gaza’s health authorities confirmed that Ahmed Al-Shehri, a 27-year old male, had died due to shrapnel injuries, from the Israeli strikes that continued through the early hours of Saturday.

Saturday, 2 November, marks the anniversary of Balfour Declaration, which represented England’s support for establishing a “national home for the Jewish people in Palestine” in 1917, during the First World War.

The declaration becomes the core cause of the ongoing Israeli-Palestinian conflict, as from this point the Jewish people started the preparation to establish the state of Israel which was declared on 14 May 1948.

History of Water in the Middle East on Stage in London