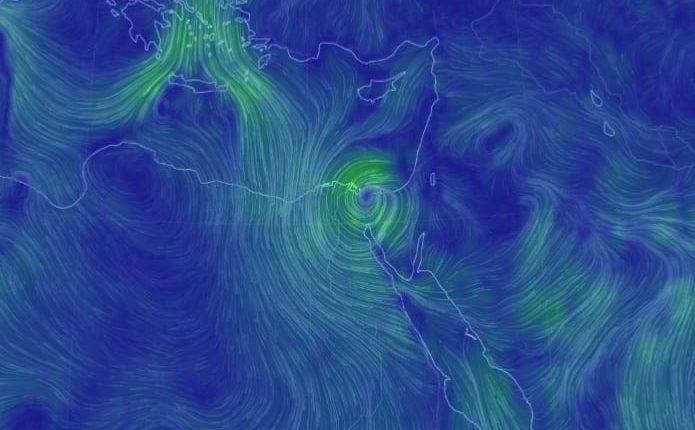 Egypt’s Meteorological Authority expects an improvement in Egypt’s weather following the state of instability that hit the country over the past five days.

Light rainfall is predicted to occur in the coastal regions of Egypt on Sunday and the regular rates of temperatures are estimated to be restored, according to the authority’s statement.

Egypt and other countries of the eastern Mediterranean are currently facing an extremely unusual Mediterranean tropical-like cyclones, “medicanes” which is a rare climatic phenomenon reaching the strength of a Category 1 hurricane.

As a result of this “medicanes” more than 20 people were killed in different governorates.

According to the Official UK Meteorological Office, cluster of thunderstorms were monitored close to Cyprus “as a potential ‘medicane’ develops, something that is incredibly rare this far east in the Mediterranean.”

This kind of climatic phenomenon are rare in the Middle East due to its tropical characteristics that are not totally applied in the east of the Mediterranean region. Additionally, tropical or semi tropical cyclones need vast water areas in order to be formed which is not the case in the Mediterranean Sea.

There are warnings across the country calling upon people to stay at home and not go to schools.

Moreover, the Ministry of Tourism announced on Friday halting all touristic tours across the country because of the bad weather.

The US Navy has a water problem