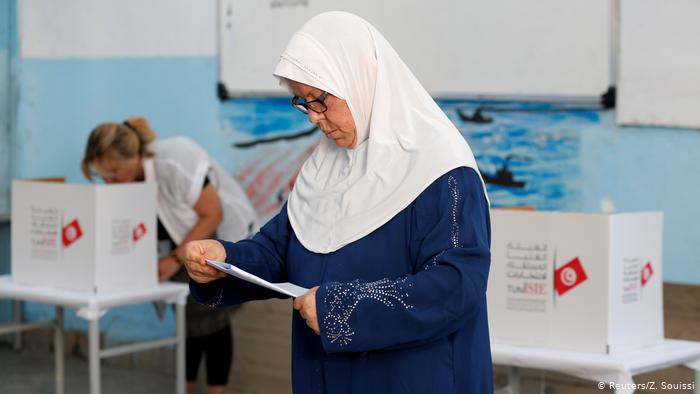 An exit poll by Sigma Conseil broadcast by state television showed that Ennahda, whose candidate Abdelfattah Mourou failed in the presidential election, gained most votes in the parliamentary election.

The exit poll estimated that the Islamist party would win 17.5% of votes representing about 40 out of 217 seats in the Assembly of People’s Representatives. While Qalb Tounes is predicted to take 15.6% of the votes with around 33-35 seats.

Qalb Tounes is the party controlled by Nabil Karoui, the jailed businessperson and owner of the Tunisian television station Nessma, who is facing money laundering charges and tax evasion. Karoui managed to head for the presidential runoff expected on 13 October.

The voter turnout was just 41% according to the Independent High Authority for Elections. No party is projected to win a majority in the parliament which means that the winner has to form a coalition.

The party that wins a majority has the right to designate the prime minister according to the Tunisian constitution.

Preliminary results are expected to be announced on 10 October, while the final results on 13 November.

More than seven million electorates cast their ballots inside and outside Tunisia. More than 15,000 candidates on 15,000 lists competed in 33 electoral districts for 2017 seats in the parliament.

The vote followed the first round of presidential elections which brought two newcomers for the runoff. Kais Saied, a little-known law professor received 18.40% of the votes and Karoui took 15.58%.

Karoui was arrested on August just weeks before the vote. All appeals to release him were dismissed and a court ruled last week that he must stay in detention.

Tunisians head to polling stations in the parliamentary election

Tunisian cinema to be honoured at MAFF