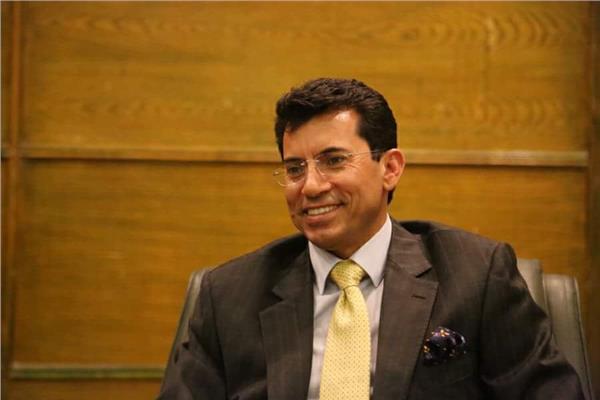 Minister of Youth and Sports, Ashraf Sobhy, said Egypt aims to achieve three to five medals at the 2020 Summer Olympics to be held in Tokyo.

Sobhy told Daily News Egypt that Egypt has chosen 28 athletes who can compete for Olympic medals, so that the ministry can focus its support and efforts to achieve this goal.

The Minister of Youth and Sports noted that the Egyptian players who will qualify for the Olympics will certainly be more than those that the Egyptian Olympic Committee and the ministry believe can compete for medals.

Sobhy pointed out that selected players are sponsored by the ministry and private companies to receive high-level training in preparation for the global event.

On a different note, Sobhy said he is following up the crisis of the Egyptian Weightlifting Federation, as Egyptian weightlifting players, administrators, and coaches were banned from participating in all activities of the International Weightlifting Federation (IWF) for two years, while the Egyptian federation was also fined $200,000. The ban relates to seven Egyptian players who failed doping tests during the 2016 Youth African Championships, which was held in Cairo.

The ministry is working on a solution to this problem in parallel with its preparations for the Olympics, as several Egyptian weightlifters are nominated for medals in Tokyo 2020.

On the other hand, Sobhy said he was impressed by the outstanding results achieved by Egyptian players in various games recently, on the continental and international levels, stressing that this generation of athletes enjoys unprecedented support of the state.

We provide all financial allocations, we aim to win medals at Tokyo Olympics: Sobhy