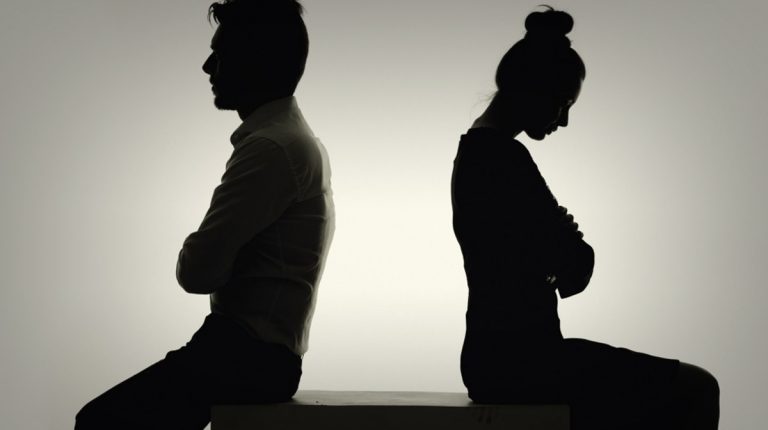 This is an increase of 13.4%, according to the bulletin released by the Central Agency for Public Mobilization and Statistics (CAPMAS) on marriage and divorce statistics in Egypt during March.

The bulletin mentioned that the number of divorces that occurred in March 2019 accounted for about 26% of the total number of new marriages in March.

In 2017, a report issued by the Cabinet Information Centre revealed that Egypt ranks first in the world in terms of divorce rates, after it increased from 7% to 40% during the last 50 years.

After the thrill of the wedding dies out, newly-wed couples oftentimes discover that marriage is not as easy as it sounds when they hit the first speed bump down their new road. Issues ranging from boredom to financial instability may lead to divorce.

What are the causes for these high divorce rates in Egypt? Is the problem in living conditions and that the couples don’t comprehend the requirements of the marital home? Or it is the problem of a wrong choice from the beginning?

Daily News Egypt dug further into these questions, by asking experts and couples themselves, to learn more about the issue of failed marriages.

Couples are not eligible for marriage

Hanan Sabry, a life coach, told Daily News Egypt that amongst the many reasons for divorce rates, new couples are just often not ready to get married. They do not fully comprehend the requirements of marriage, or the responsibilities that they must face in wedlock, she explained.

She also noted that no one in Egypt reads books about marriage before getting married to know what to expect beforhand.

Agreeing with Sabry, Hala Ahmed, a journalist, stated that marriage became a routine measure that young adults take as if it is the equivalent of completing their education.

Meanwhile, Nour Salah, an account manager in a digital marketing company, has another opinion which is that nowadays most of women, despite their social standing, became more financially independent and are aware of the importance of having a job.

The concept of ‘stay at home’ as ‘he’ is the one who spends money on ‘you’ has been declining. In turn,  the decision of divorce become easier. Unfortunately, many statistics revealed that one of the main reasons for staying in an abusive marriage in the past was that women have no source other income.

Cheating is the knockout for any marital relationship

Ahmed Atef, engineer, stated that cheating is the main factor and the first reason behind high divorce rates, describing it as the malignant disease that uproots the marital relationship from the roots and throws it in the wind.

Loss of interest, gap in communication

Moreover, Sabry pointed out that men sometimes prefer to escape from their home, spend most of their time with friends at cafés or at work doing nothing. This could be because they feel uncomfortable or unhappy at home. This leaves women alone at home with children. In the long run, such a situation  also results in fathers feeling disconnected from their children.

Sabry noted also that the gap in communication happens as each partner has their own priorities and interests. To fix a communication issue, they must share these interests together.

Hams Tamer, a professor in the Faculty of Mass communication, explained that the living condition and the increase in prices puts a higher level of stress on men to fulfil the requirements of their homes.

“In both cases, women feel unhappy in these marriages, alone, and demand to get divorced” she continued.

Boredom is one of most common causes of divorce

Sabry stated that the boredom is one of the most common causes of divorce. At some point the couple gets bored from the daily routine of marriage and its, oftentimes, permanent pattern.

Medhat Ali, a director, stated that the fictional image of marriage that the media presents in films taught young adults an incorrect idea. Films usually show that marriage is linear, happy, and clear. Meanwhile, in fact, marriage is not like ‘your typical Hollywood film.’

Every marriage has issues, it is up to the couple to fix those issues together.

“Neglecting the fact also that your partner is a human creature not an angel,” he said.

Finally, the reasons behind the higher divorce rates are diverse, however the result is the same, thus Sabry gave some tips for the new couples in order to limit the divorce rates.

Sabry noted that the solution to all those aforementioned problems is that new couples should take courses before marriage to become prepared for marriage, which are regularly held at mosques and churches.

“Also, reading a lot of books about marriage because culturing yourself reduces the incidence of problems,” she said.

When the knot is tied and the “I do’s” are said, it is important to keep the marriage alive by taking up each other’s interests such as, going to the gym together, celebrating anniversaries, or simply devoting a day a week for a dinner date.

“Taking into consideration that every age comes with new skills and changes that occur in men and women that must be accepted and dealt with in the right way,” she asserted.

Finally, she said that when women focus on their dreams, this will solve a large portion of the problems that Egyptian families face, as they will be more focused on their own life and not as preoccupied with their husbands’ lives, hence men will be happier in their homes and will not try to spend most of their time out of them.

Valentine’s Day: What Egyptian women really need, how they think?