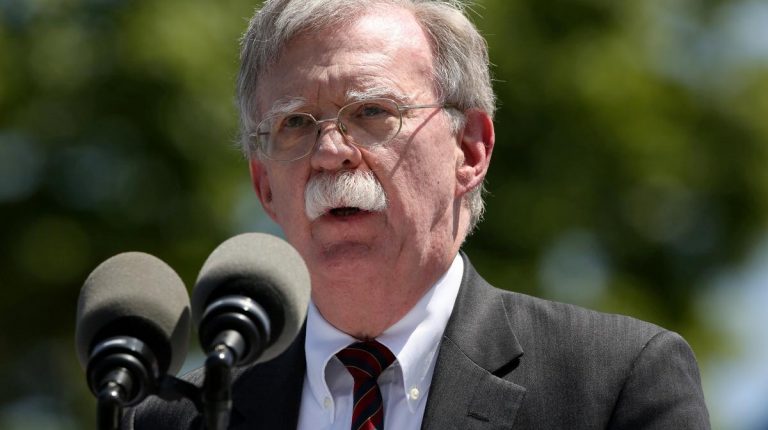 United States National Security Adviser, John Bolton, said on Wednesday that the attacks which targeted oil tankers off the coast of the United Arab Emirates this month were the work of “naval mines almost certainly from Iran.”

The tanker attacks were connected to Yemen’s Houthi-claimed attack on two East-West oil pipeline pumping stations in Saudi Arabia and a rocket attack on the Green Zone in the Iraqi capital of Baghdad, he claimed.

Bolton added that there had been an unsuccessful attack on Saudi Arabia’s Red Sea port of Yanbu a couple of days before the operation off the coast of the UAE. Saudi officials were not immediately available for comment.

“We take all of this very seriously,” he said. “These attacks were unfortunately consistent with the very serious threat information that we had been obtaining. It is one reason we increased our deterrent capability in the region.”

Tensions between the US and Iran have escalated since US President Donald Trump withdrew from a pact, signed with other major powers, designed to curb Tehran’s nuclear activities.

The Trump administration has tightened sanctions on Iran, notably targeting its key oil exports, and beefed up its military presence in the Gulf, accusing the Islamic Republic of threatening US troops and interests.

Bolton said the US was trying to be “prudent and responsible” in its approach. “The point is to make it clear to Iran and its surrogates that this kind of activity risks a very strong response from the Americans.”

Meanwhile, Iran said the US is indulging in psychological warfare and that it will not be cowed.

On Monday, the Iranian Foreign Ministry said that Iran sees no prospect of negotiations with the US a day after Trump said a deal with Tehran on its nuclear programme was possible.

Asked about Trump’s comments in a news conference in Tehran, Abbas Mousavi, Iranian Foreign Ministry Spokesperson, said: “We currently see no prospect of negotiations with America,” quoted by the semi-official Fars News Agency.

“Iran pays no attention to words. What matters to us is a change of approach and behaviour,” he added.

Trump added that the US was not looking for a regime change in Iran. “We are looking for no nuclear weapons.”

Washington withdrew last year from a 2015 international nuclear deal with Tehran, and is ratcheting up sanctions in efforts to strangle Iran’s economy by ending its international sales of crude oil.

Saudi Arabia to host US troops to “boost security, stability” in Middle East

Russia is officially in the region: A new order has just begun

The year of terror in Europe