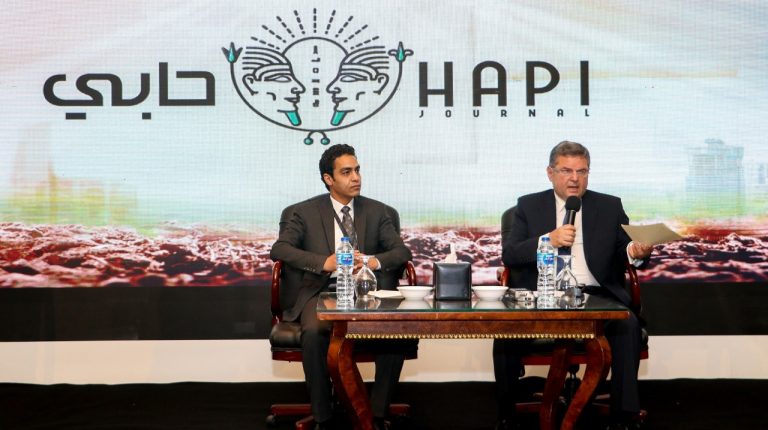 Ministry of Public Enterprise Sector seeks new partnerships in some of its projects in the tourism and textile sectors, the Minister Hisham Tawfik said over his opening speech in Hapi annual conference, titled “The Effective Growth” on Monday.

“We need a partner to rehabilitate Shepheard Hotel and raise its star ranking from 4 to 5 stars,” the minister explained, adding that the ministry looks forward to other partners to establish three hotels.

He affirmed the importance of textile sector, noting that the ministry is already working on an ambitious plan to develop this industry.

“We need a partner in the field of dyeing in preparation for developing exportation, there is a plan to develop ​​cotton industry.

The minister pointed out that the government is implementing its initial public offering programme with successful offering of Eastern Company, adding, “We wait for the rest of the offerings, and there are new companies will be included in the second phase of the state IPOs, yet I don’t want to reveal more details.”

Furthermore, the ministry has an ambitious plan for the pharmaceutical sector to produce and distribute medicines through the existing company and compete strongly locally and globally, the minister affirmed.

Ridding NPLs is dream of Suez Canal Bank chairperson in 2019