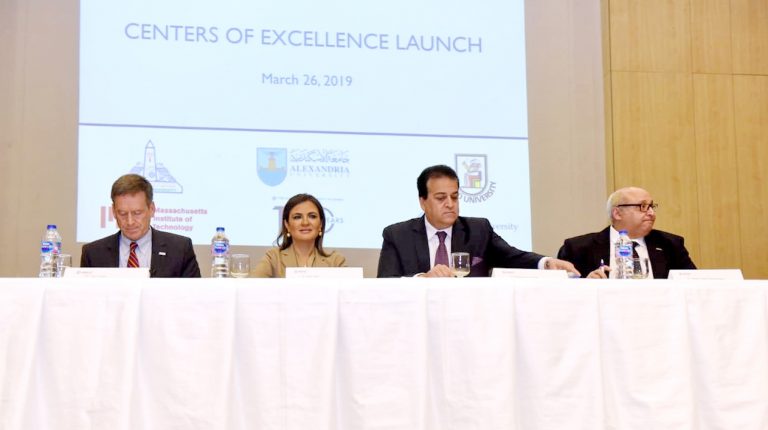 The Administrator of the United States Agency for International Development (USAID), Mark Green, launched three centres of excellence to link Egyptian and American universities on Tuesday, in the presence of Egypt’s Minister of Higher Education, Khaled Abdel Ghaffar, The Investment and International Cooperation Minister, Sahar Nasr, at an event co-organised by the USAID and Ain Shams University.

Egyptian farmers and food processors will establish connections to domestic and international markets, gain access to financing, and increase their compliance to food and safety standards, a statement of the embassy said.

The USAID will work directly with farmers to increase productivity, train farmers, and introduce innovative technologies so farmers can more easily sell products and grow their businesses, Green commented.

“At USAID, helping our partners to improve agricultural productivity is one of our highest priorities, because advancing food security is an essential path to prosperity and self-reliance.” Green noted.

Furthermore, Green, along with the US Chargé d’Affaires Thomas Goldberger, joined the Minister of Antiquities, Khaled Al-Anany, and Governor of Aswan, Ahmed Ibrahim, in celebrating the completion of a groundwater lowering system at Kom Ombo Temple on Monday.

Over the past 25 years, the USAID has provided over $100m to preserve, restore, and protect cultural heritage sites throughout Egypt. The funding has supported the development of large-scale engineering systems at the country’s most prominent historical sites, including the Sphinx in Giza, the Karnak Temple in Luxor, and the Catacombs in Alexandria.

Since 1978, the USAID invested $30bn to further Egypt’s human and economic development.

After long overdue period, time has come: CEO of B Tech