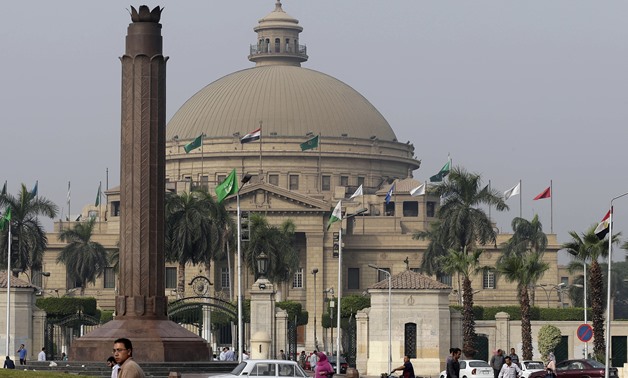 Cairo University abruptly decreed on Monday to carry out drug tests on all its staff and workers, the second day after President Abdel Fattah Al-Sisi firmly pledged to fire whoever proved to be drug addicts in any state body.

In a statement, the university said that it will initiate its campaign starting from Tuesday to include all staff and workers of all faculties, administrations, and university hospitals.

The drug tests will be carried out at the university’s national centre for toxicology. Cairo University emphasised that it will take firm procedures against whoever refused to carry out the test.

Mohamed Othman Al-Khasht, the university’s dean, decreed to hold awareness-raising activities and lectures against the risks of drug addiction. The university will host academics, experts, and media personnel to participate in the lectures.

During a ceremony marking the ‘Day of the Martyr’ on Sunday, Al-Sisi pointed out to the Cairo station deadly accident which killed and injured dozens at the end of last month. The tragedy occurred after a driver stepped off a locomotive, without putting the brakes on, to argue with another railcar driver. The unattended locomotive with a fuel tank sped off and hit the buffer stop which led to a huge fire and explosion.

Al-Sisi asserted that the government will not tolerate those who proved to be drug addicts. “Whoever is on drugs will be immediately dismissed from their work,” Al-Sisi said.

Earlier, the prosecutor’s office revealed that the locomotive driver and the manoeuvre operator of the same railcar both tested positive for the potent narcotic ‘strox’. Both are currently detained.

Meanwhile, the Ministry of Social Solidarity said on Monday that it carried out medical check-ups on 8,282 government employees in eight ministries and school buses drivers and found out that 250 of them proved to be drug addicts.

Earlier, the ministry said 27 school bus drivers were referred to the public prosecution office over drug addiction including hash, morphine, and tramadol.

The procedures came as part of the ministry’s campaign which have been applied upon around 1,438 school bus drivers until now in five governates. It said it will intensify its campaigns among various ministries and state bodies following the stipulation of the president regarding this issue.

MENA region is the next market for solar energy: chief representative of Sungrow Middle East DMCC