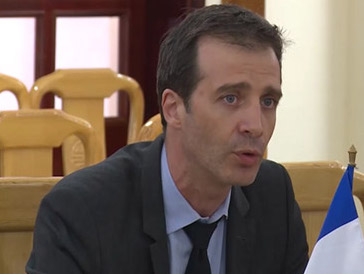 The ‘Agence Française de Développement’ (AFD) will invest about €1bn in Egypt for the next five years in different sectors, Fabio Grazi, the AFD’s country director in Egypt, told Daily News Egypt (DNE), explaining that the new investments will be mainly directed in order to develop the infrastructure and to promote social cohesion.

“We are happy to agree with the Egyptian partners on the sectors with priorities for the country’s strategy in the next five years,” he mentioned, noting that the AFD will support the Egyptian side in order to integrate with the African markets in terms of both the financial and economic areas, as well as the trade market.

The signing of the five-year strategy MoU, along with a couple of new agreements, took place last January over President Emmanuel Macron’s recent visit to Egypt, he acknowledged.

The value of net French investments reached about $4.9bn with over 160 French companies offering 33,000 job opportunities operating in the fields of industry, tourism, agriculture, communications, transport, infrastructure, and financial services, according to the data of the ministry of investment and international cooperation.

“The AFD will support Egypt in social protection and universal insurance system in Egypt, in addition to supporting female entrepreneurship which is a very important programme which we attach a great value to,” Grazi affirmed.

Across-sector agreements were signed during Macron’s first visit to Egypt. The numbers of agreements, letters of intent, and protocols are over 30, DNE reported on 29 January. Agnès Pannier-Runacher, the French Minister of State, attached to the ministry of economy and finance, along with Nassar co-headed the annual meeting of the Egypt-France Business Council during the presidential visit.

Noteworthy, Egypt’s total exports to France amounted to about €560m from January to November 2018, an increase of 7.3% compared to the same period in 2017, while the French exports to Egypt reached about €1.6bn, bringing the total trade exchange to $2.2bn over 11 months in 2018, Egypt’s Minister of Trade and Industry, Amr Nassar, said in January.

Oriental for Agricultural Products targets EGP 275m of exports in 2019

SHE CAN kicks off on 8 March