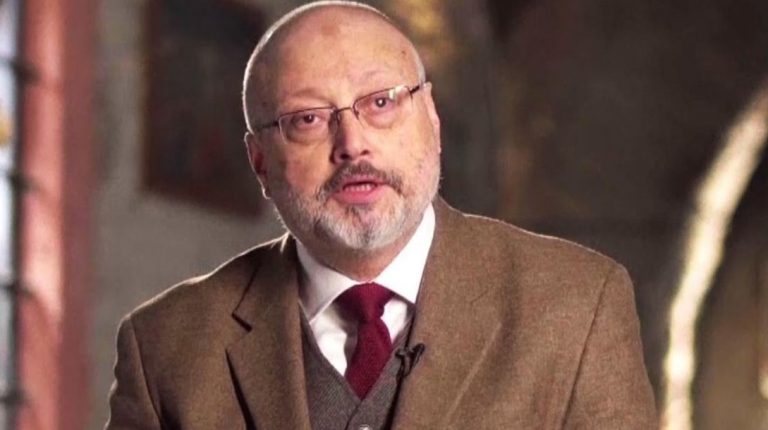 During his latest visit to the Middle East early in January, the US Secretary of State Mike Pompeo said he will ask from Saudi Crown Prince Mohammed bin Salman to ensure that the killers of journalist Jamal Khashoggi are held accountable for their crimes.

“We will continue to have a conversation with the crown prince and the Saudis about ensuring the accountability is full and complete with respect to the unacceptable murder of Jamal Khashoggi,” Pompeo said.

But who is Jamal Khashoggi, and how did his murder affect Saudi Arabia?

Jamal Khashoggi, a prominent Saudi journalist and Washington Post columnist, was killed inside his country’s consulate in Istanbul, Turkey, on 2 October. He was at the consulate to obtain documents needed for his upcoming marriage.

His Turkish fiancée Hatice Cengiz was waiting for the journalist outside the consulate, and she called the Turkish authorities about the disappearance of him after entering his country’s consulate.

Saudi officials, including Crown Prince Mohammed bin Salman, had previously denied Khashoggi had been killed and dismembered inside the diplomatic facility.

Saudi Arabia recounted different narratives regarding Khashoggi’s murder. The last one said that 15 Saudi security members killed him, but we do not know where the journalist’s body is until now.

Riyadh previously said that 18 Saudi nationals were accused of the incident are under investigation and will be punished.

Following the Khashoggi crisis, Saudi Arabia declared major changes including more pressures on the media and more gifts to the people including rewards for employees in the governmental sector.

The kingdom said that the team which investigated and killed Khashoggi was formed by the Deputy Intelligence Chief Ahmed Al-Asiri, who was dismissed from his position is currently under investigation over the Khashoggi case, according to Saudi officials.

Asiri was internationally criticised by human rights organisations for his role as a spokesperson for the Saudi-led coalition in Yemen, particularly after he declared in 2015, that the Houthi-held cities Saadah and Marran were military targets, placing thousands of civilians at risk of the coalition’s raids.

Yemen remains a big challenge for Riyadh as it has formed the Coalition for Supporting Legitimacy in Yemen in March 2015, following the Ansar Allah ‘Houthi’group backed by Iran, which seized control of the Yemeni capital Sanaa in September 2014.

The murder of Khashoggi, who was demanding an end to the war in Yemen, pushed different European countries to reconsider its military cooperation with Riyadh. Austria, for example, demanded from the European Union to stop selling arms to Saudi Arabia, stating that these arms are being used in the “terrible war in Yemen”.

Germany, the Netherlands, Belgium, and Canada also announced halting all their arms bargains with Saudi Arabia until they reached an explanation of the Khashoggi case. Only the US which said it will not do the same thing.

US President Donald Trump said that “It’s early, we haven’t finished our review or investigation, but … I think it’s a very important first step,” Trump said, adding “I would prefer, if there is going to be some form of sanction or what we may determine to do, if anything … that we don’t use as retribution cancelling $110bn worth of work, which means 600,000 jobs.”

Trump has found the Saudi narrative credible, but Turkey has another view.

The relation between Turkey and Saudi Arabia witnessed one of its most critical moments since the begging of their alliance in the 1940s. Turkish President Recep Tayyip Erdogan repeated several times, compelling Saudi Arabia to hold the killers of Khashoggi accountable.

Saudi Arabia rejected Turkey’s requests of handing the murderers of Khashoggi to Turkey for trial.

Riyadh faced the Turkish official’s statements with a sober statement from the crown prince stressing the strength of relations between Turkey and Saudi Arabia, praising the Turkish president Erdogan. But Saudi media began a campaign calling for boycotting Turkey and accusing Turkey of harming the stability of their kingdom.

The former Saudi Foreign Minister Adel Al-Jubeir accused Turkey of not cooperating with Saudi Arabia in the investigations, however, Turkey played the game of leaks with Riyadh, exposing details about the case step-by-step. This was the last public statement for Al-Jubeir before he left his post.

Analysts believe that Turkey was using the Khashoggi case to press Saudi Arabia into reconciliation with Qatar-Turkey’s ally-and end the gulf crisis.

The International pressure on Riyadh following Khashoggi’s case led to more flexibility or less escalation in the Gulf crisis. One of the Saudi steps was an invitation from Saudi king Salman Bin Abdulaziz to the Emir of Qatar Tamim Bin Hamad Al-Thani to attend the summit of the 39th Gulf Cooperation Council (GCC) in the Saudi capital Riyadh, in December.

Qatar’s Emir did not attend, and Qatar’s delegation was headed by its Minister of State for Foreign Affairs Sultan Al-Muraikhi. But despite that there is no clear evidence of an imminent end to the Gulf crisis. Saudi media decreased its attacks against Qatar particularly after the statements of Bin Salman in which he has praised Qatar’s economy.

Kuwait is the most acceptable mediator from all the parties in the Gulf crisis which was enflamed on 5 June 2017, when Saudi Arabia, the United Arab Emirates, Bahrain, and Egypt cut their diplomatic and travel ties with Qatar. The four Arab governments accused Qatar of supporting terrorism and Iran, disturbing regional security and stability, charges which Doha vehemently denies.