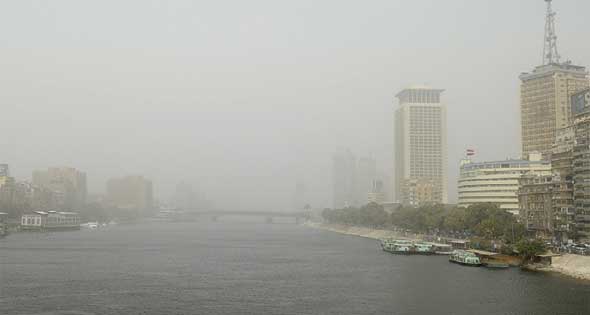 The Ministry of Environment announced on Sunday that the entire country is facing a state of disability due to the weather conditions which are to last from Sunday 13 to Wednesday 16 January.

In a statement, the ministry explained that the bad weather conditions are caused by the activity of the western and south-western winds which lead to sand storms’ formation at certain places, according to the Egyptian Meteorological Authority.

Meanwhile, the Red Sea Ports Authority announced on Monday the reopening of the Sharm El-Sheikh Port, after improvements in the weather conditions and the stability of wind activity in the South Sinai governorate.

The authority said that maritime activities and traffic were resumed at 8am on Monday.

In Alexandria, the maritime traffic remains blocked in Alexandria and Al-Dekhela straits in the Mediterranean, due to the bad weather conditions and the high activity of sea waves, for the second day.

In the past few days, Egypt was hit by a cold wave, and a sand storm on Sunday. The River Transport Authority decided that it will halt all navigation across the river Nile, citing heavy winds and bad weather conditions as reasons.