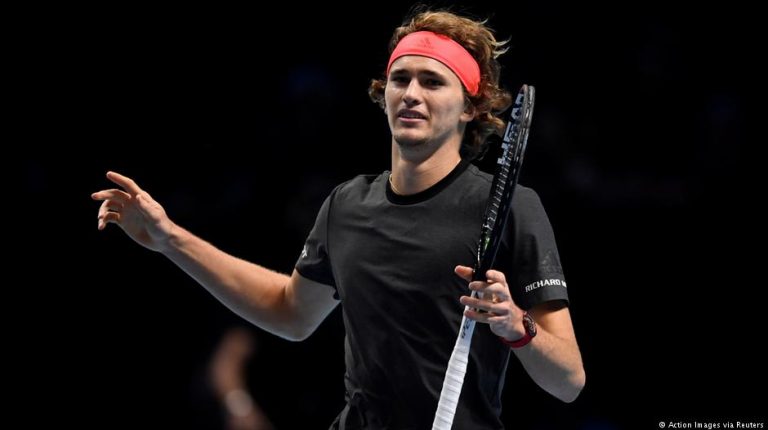 After a strong end to 2018 Alexander Zverev has another chance to improve a mediocre Grand Slam record, but there are doubts about his fitness. Angelique Kerber will be looking to win her second Australian Open.The changing of the guard in men's tennis is taking a lot longer than expected. Novak Djokovic, Rafael Nadal and Roger Federer still occupy the top-three ranking spots despite a combined age of 100.

The trio have also won all but one of the last 13 Australian Open titles, and Djokovic is the favorite to claim a seventh Melbourne crown when the tournament begins in earnest on Monday.

But with Andy Murray's retirement imminent and Stan Wawrinka also battling a series of injuries, Germany's Alexander Zverev has emerged as the man most likely to challenge the primacy of the three men at the top.

Zverev's ATP Finals win at the end of 2018 proved he could cut it against the big beasts of the sport but the 21-year-old German's failure to go past the quarterfinals of a Grand Slam remains a question mark – as does his current fitness, having rolled over on his ankle during training in Melbourne this week. This came just days after he pulled out of the World Tennis Challenge in Adelaide, saying he had suffered a strained hamstring in training. However, there is no talk of him pulling out of the first Grand Slam of the season.

Time for a breakthrough?

Zverev is now the same age as Djokovic was when he upset the applecart to win the 2008 Australian Open. The world No. 4 has acknowledged that there may be some element of a mental block in the major tournaments but believes he was unlucky in last year's Grand Slams.

"I don’t know how far I could have gone. But how the clay court season ended for me was a little bit upsetting," Zverev said as he reflected on 2018. "The other Grand Slams, I played against a very good Chung (Hyeong) in the Australian Open, which I lost a five-set match.

"Wimbledon I was not prepared to play because of the injury that happened in the French Open. At the US Open I had a bad match. These things happen. It's fine. I'll think about next year when I come back from holidays."

After a second succesive defeat in the final of the Hopman Cup earlier this month, Zverev is to get his 2019 singles campaign underway on Tuesday with a potentially tricky tie against Aljaz Bedene, of Slovenia, ranked 67th in the world.

If both men progress as the seedings suggest, Zverev will meet Federer in the semifinals. As well as a seventh Australian Open title, the Swiss great is aiming for a 21st Grand Slam trophy and a 100th career singles title.

Kerber a contender in open field

The women's draw also has a familiar favorite, with Serena Williams, 37, still the woman to beat in Melbourne.

But her hold over the women's game is not what it once was, as demonstrated by the recent run that has seen eight women share the past two years' worth of Grand Slam championships, the first time that has happened since the 1930s.

Germany's Angelique Kerber was one of those winners, defeating Williams in the final at Wimbledon last year and is looking to add to her solitary Australian Open title, won in 2016. The world No. 2 changed coach late in 2018, turning to Rainer Schüttler, who reached the final of the Australian Open in 2003, as she sought the advice of a German speaker with top-level experience.

Boris Becker, now head of men's tennis in Germany, believes that tweak to Kerber's support staff will have a positive impact and that "reaching the semifinals would be a great success."

"I believe that Rainer Schüttler fits well with the way she sees tennis," continued Becker in an interview with sports broadcaster Eurosport. "It has been a good start but it all begins again at zero in 2019. "

After the Hopman Cup disappointment with Zverev, Kerber was unable to defend her Sydney International crown in the run up to Melbourne, having been defeated in straight sets 6-4, 6-1 by Petra Kvitova in the quarterfinals on Thursday. Kerber also faces a Slovenian opponent in her opener, taking on Polona Hercog on Monday.