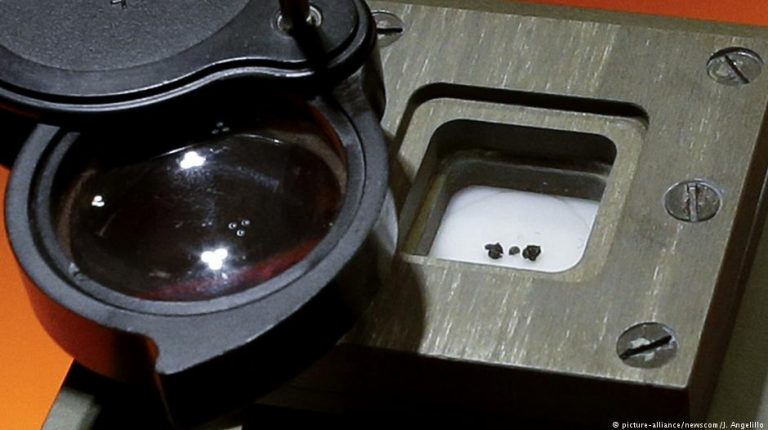 Three pieces of moon rock brought to Earth decades ago have sold at auction, nearly doubling their price. The tiny lumps, collected by a Soviet moon mission, are the only known material of their kind in private hands.Sotheby's auction house in New York said the tiny pieces of moon rock had fetched $855,000 (€750,535) at auction on Thursday, being sold to an undisclosed private US buyer.

The lunar fragments had been offered for sale by an unidentified US collector who bought them in 1993 for $442,500.

The samples had originally belonged to Nina Ivanovna Koroleva, widow of the former Soviet space program director Sergei Pavlovich Korolev. They were given to her as a gift from the Soviet Union in recognition of her husband's contributions to the program.

The pieces were gathered in September 1970 by the unmanned Luna-16 probe, which landed on the lunar Sea of Fertility to drill a core sample of the lunar surface.

It's very rare for authentic lunar samples to come onto the market, with all those that were retrieved by NASA in the hands of the US government rather than private individuals.

A lunar meteorite found in northern Africa last year sold for more than $600,000.

Meteorite impacts release tonnes of water from the moon annually