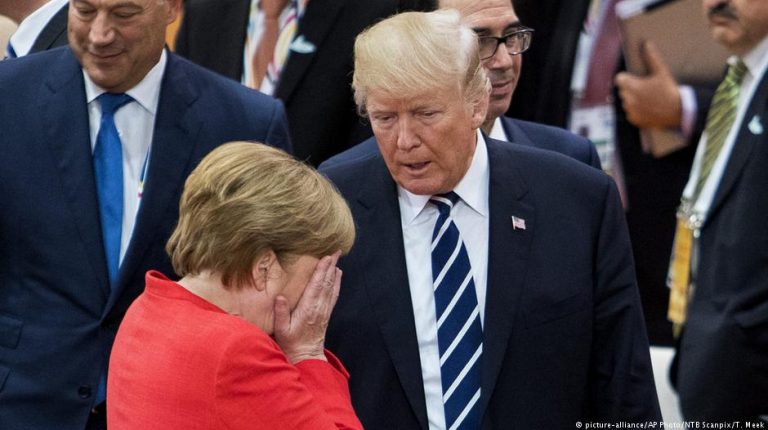 This weekend in Buenos Aires, the so-called “Group of 20” meets for the 13th time. But what exactly is this group of global economic powers and how significant are their annual gatherings?What is the G20?

The Group of 20, most commonly referred to as the G20, is an international association of 19 states and the supranational EU. The group's main summit takes place annually, with government leaders and central bank governors from the respective countries coming together ostensibly to discuss economic matters and global financial stability.

The resolutions the G20 issue are seen as political declarations of intent but they are not legally binding.

Collectively, the G20 economies account for around 85 percent of so-called gross world product (GWP), the combined gross national product of all the countries in the world. Their members account for 80 percent of world trade and two-thirds of the world's population.

The group has also held collective meetings of members' finance ministers and foreign ministers, and have held summits of other kinds. At the gatherings, the EU is represented by the European Commission and the European Central Bank, while the G20 also extends invites to "permanent guest invitees," who can attend and participate.

What is the history of the G20?

The origins of the G20 go back to the June 1999 meeting in Cologne of the G7 (then the G8), the grouping of Canada, France, Germany, Italy, Japan, the United Kingdom, the United States and formerly Russia, whose membership of that body was suspended in 2014.

Vowing to learn lessons from the 1997 Asian financial crisis, the G8 heads of states back then agreed to devise an international forum bringing 20 of the world's most important economic powers and actors together regularly.

The first formal G20 gathering was a meeting of finance ministers and central bank governors in Berlin in December 1999. According to the political economist Robert Wade, the G20 membership was decided by Caio Koch-Weser and Timothy Geithner, the deputies of the German and US finance ministers (treasury secretary) at the time.

"Geithner and Koch-Weser went down the list of countries saying, Canada in, Portugal out, South Africa in, Nigeria and Egypt out, and so on; they sent their list to the other G7 finance ministries; and the invitations to the first meeting went out," Wade wrote in 2009.

The big annual G20 forum, which takes place this weekend, has been in place since November 2008. That was launched in the midst of the 2007-08 global financial crisis. "We are determined to enhance our cooperation and work together to restore global growth and achieve needed reforms in the world's financial systems," went the group's official declaration that year.

The first G20 summit host was the USA. The group underlined its commitment to an "open world economy" back then and emphasized the "crucial importance" of the fight against protectionism.

Does the G20 really matter?

That key question has grown in importance this year, particularly in the context of the ongoing trade dispute between the US and China.

Since Donald Trump was elected US president, he has repeatedly questioned the existing global economic order. Trump has paid little heed to prevailing G20 wisdoms since coming to power, with his "America First" policy and punitive tariffs on trading partners such as the EU and China having a significant effect on the world economy.

The G20 summit in Hamburg, which took place in July 2017, was Trump's first since coming to power. His presence ensured a different kind of summit. Of the 20 leaders, Trump was the only one who did not sign up to an agreement on climate change, and a separate paragraph on the US stance on the Paris climate agreement was added in the final declaration — an unusual move for the consensus-driven G20.

It is already blindlingly apparent that a forum such as the G20 is significantly neutered without the support of the USA. The paragraph about the Paris accord meant that the final declaration openly gave voice to dissent within the group. While climate change was the primary source of discord in 2017, open trade may well be the bone of contention in 2018.

The trade conflict between the USA and China has dominated economic headlines this year, as have the US trade spats with the EU, Canada and others. Yet hopes for some kind of cessation of hostilities via the G20 meeting this weekend are low. On Thursday morning, Trump tweeted his latest exclamation of approval for his China trade policies:

Although it would be a significant blow to the longer-term status of the body, the possibility of there being no final declaration being issued at the end of the weekend remains a live one.

Al-Sisi to deliver speech at G7 Summit in France