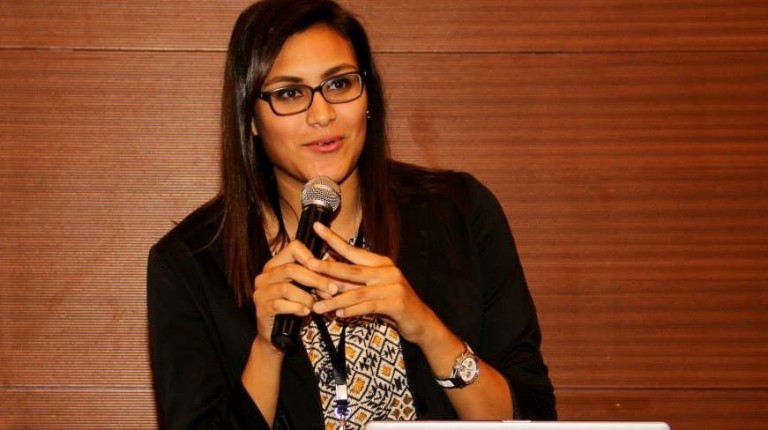 Throughout history, the concept of time has constantly been changing. It differs from culture to another and from age to another. Scientists and philosophers have discussed the concept of time, whether it is linear or circular, with an end or without, or subjective or objective. Moreover, in the topology of time, there are questions always raised for study and discussion. For instance, can time be represented as a line, if it is, where does it begin and where does it end? Is it only one line or not?…etc. Indeed, the concept of time is dealt with differently in these two philosophical movements: modernism and postmodernism. The last four years are seen as a revival of modernism concept of time, which has been adopted by President Abdel Fattah Al-Sisi.

Modernism is the modern period of time in the European history that begins at mid-late 18th century. It was a time of great social, political, and economical changes. It witnessed many revolutions, such as the French (1789-1799), American (1775-1783), and industrial (1870-1920) revolutions. The industrial revolution switched the agricultural society to an industrial one. Besides, rational thinking and scientific knowledge were regarded as the route to happiness, progress, and development. The modern concept view of time was linear and unidirectional, as modernists depended on the Newtonian vision of the universe as a giant clockwork mechanism with time marching forward. This means that everything progresses straightforward from past to future. Judaism, Christianity, and Islam advocate linear time, as they believe in the idea of the afterlife. Some writers and philosophers approved this approach, such as Seneca, Thomas Aquinas, Francis Bacon, and St Augustine who emphasised that human experience is a one-way journey from genesis to judgment, regardless of any recurring patterns or cycle in nature. Linear time dominated science and philosophy in modern time. Scholars of modernism tried to analyse this movement with relation to social life. They reach the result that, if time progresses, there should be civilisation represented in happiness, freedom, and development. At that level, human beings should serve time, not time should serve them, ie there would be no new day without any successful achievements. Accordingly, human beings worked like machines, which were the typical representation of the industrial revolution in England.

On the other hand, postmodernism, the period we are in now, is argued by some to have started after WW2, whereas others situate its beginning in the 1980s or even 1990s (Virginia Matteo). According to Bauman, postmodernism time is the passage from solid times to liquid times. Accordingly, time is not considered as a linear progression; it may be repetitive, cyclical, and circular. Unlike modernists, postmodernists do not believe in the idea of progress of the world by the passage of time. For instance, postmodernism scholars can see Hiroshima’s bombing as a backward step that damaged humanity in Japan (1945). Furthermore, according to postmodernism, we should not serve time, ie what it is not done today, it can be finished by tomorrow.

President Al-Sisi always advocates the modern view of time. He determinedly asks the senior officials to finish their tasks at a definite time; and they do. There are many situations that reflect his approval of that movement’s concept of time. The first example is shown in Al-Sisi’s speech at the inauguration ceremony of the Suez Canal and Suez Canal Development Projects on 5 August 2014 at Ismailia governorate with General Kamel El-Wazir, president of the Engineering Authority of the Armed Forces about the timed duration: only one year to finish the project. The president also, at that ceremony, said verbatim, “we have to race time as we are so late. We need to build up our country, and have a real hope of progress.’’ The second example is his discussion with the Minister of Transportation Hisham Arafat in a conference took place in 10th of Ramadan City about 700 meters left of the axis of Tema on the Nile. The minister’s answer was that “the completion of the axis should be during February, to be left 700 meters in the axis of the problem of expropriation.” The president did not agree with his answer and said, “will I be late for a full year because of 700 meters?!” and ordering, simultaneously, El-Wazir to finish the problem in one month. The third example is his speech with El-Wazir in another conference held in 2016 about finishing the Cairo airport development project after three months, rather than four months. Those are few examples that show that adopting the modern concept of time by our great president is the only survival method to save our economic ship from drowning in the horrible ocean of politics. He always says, “if we organise our work, we will finish it in the nearest time.” His words typically represent the modern view of time, which was an essential element in the British Empire ruling the world for two centuries.

Overall, the reader can approve any kind of these two approaches of philosophy. Our president adopted the modern view concept of time, which needs time’s service and hardworking persons. After serving and respecting time, Egyptians would achieve progress, civilisation, and freedom, which are our dreams in the upcoming years.

Ahmed Ramadan Abdraboh is a writer in Elfajr newspaper, and is in the third year at the English Department, Cairo University

‘Between Yesterday and Tomorrow: Art from a Realistic Perspective’: exhibition revives Egyptian iconography in modern form