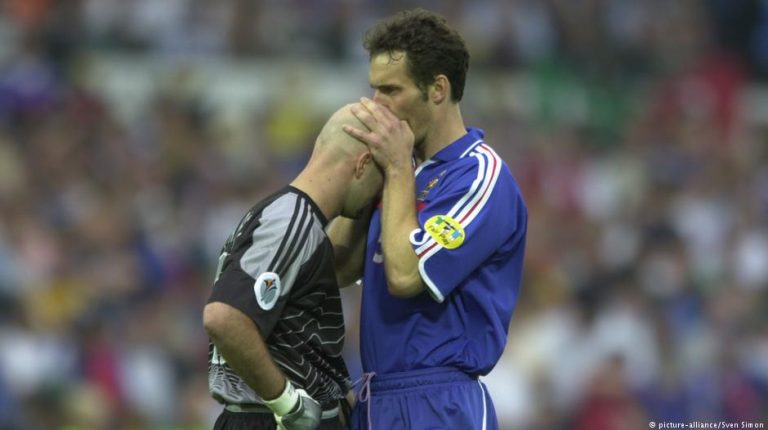 World Cup players like Cristiano Ronaldo and Manuel Neuer rely purely on skill, right? Not always. These players and coaches have quirky pre-match routines to secure that extra bit of good luck.Faith can move mountains, so they say. Perhaps that’s why so many soccer stars and their trainers still follow certain rituals in the hope that the gods of fortune will smile down upon them.

Brazil’s Mario Zagallo – the first person to win the World Cup as a player and a coach – believed in the magical power of the number 13, while France’s former coach Raymond Domenech chose his squad for the 2010 world championship based on astrology. He had a particular dislike for Scorpios and Leos.

For a while, his Argentinian counterpart Carlos Bilardo forced his players to take a cab to national games because they once won a game after their bus got into trouble and they had to hail a cab.

Back in the 90s, French sweeper Laurent Blanc used to kiss the bald head of his goalkeeper, Fabien Barthez, before each game. Germany’s current goalkeeper Manuel Neuer taps each of his goalposts for luck before kick-off.

Chewing gum is the key to success

And if you don’t stick to your habitual routine, things can go really wrong. Take the late Johan Cruyff and his legendary pre-match ritual, for example.

First, the Netherlands player would box his goalkeeper in the stomach, then he would walk across the pitch and spit his chewing gum out in the direction of the rival team’s goal.

He once admitted to the media that he was only able to concentrate on a game after completing this routine. During the European Cup final in 1969, he realized he had forgotten his chewing gum. It was too late: His team, Ajax Amsterdam, went down 4:1 against AC Milan.

The curse of the Socceroos

But the “powers that be” might not always work in your favor. Johnny Warren, a former Australia player, related in his autobiography that, when things were looking bleak for Australia during World Cup qualifiers in Mozambique in 1969, the team turned to a witch doctor for help.

The story goes that the witch doctor cursed the Aussies’ opponents by burying some bones next to the goalposts, and the Australians won the match. But, after the team left the country without paying the witch doctor, he took revenge by putting a curse on the “Socceroos.”

And that was that – the Aussies were out of luck for decades. That is until Warren, the team’s former captain, returned to Mozambique and begged for the curse to be lifted.

Believe it or not, the team promptly qualified for the 2006 World Cup. It’s not known whether or not the Socceroos are working with witch doctors during the current championship.

According to psychologists, superstitious rituals can have a kind of “placebo effect” on the players and trainers: If they believe it will help, it can give them more confidence and cause them to perform better.

And it’s not only the players who are at it – there are plenty of superstitious fans, too. According to a survey carried out by German polling company Forsa, an incredible eight percent of Germans believe in a soccer god. We’ll have to wait and see who they will be helping to World Cup glory this year.