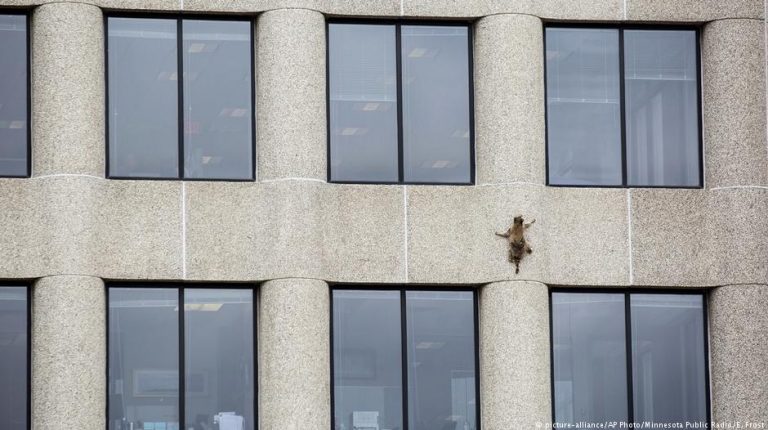 The raccoon spent two days climbing the 24-floor building after becoming stranded. The resilient animal went viral on Twitter after employees and firefighters were unable to rescue it.A raccoon in the US state of Minnesota entralled the country on Tuesday and Wednesday as it scaled a 24-story skyscraper in downtown St. Paul.

The story began gaining traction on Tuesday afternoon, when an employee of a company located on the 13th floor of the UBS Tower saw the creature hanging outside of his office window. Unfortunately, no one was able to save the animal from inside because the windows do not open for safety reasons.

The raccoon’s story went viral as office workers posted photos of its progress on Twitter over the course of two days.

Fire department officials called to the scene decided that it would be too risky for firefighters to try rescuing the raccoon from the outside.

According to Minnesota Public Radio, the raccoon safely made it to the roof on Wednesday morning. Animal Control, fearing for its health after two days without food and water, had left cat food on the roof in hopes of spurring the animal on to safety.