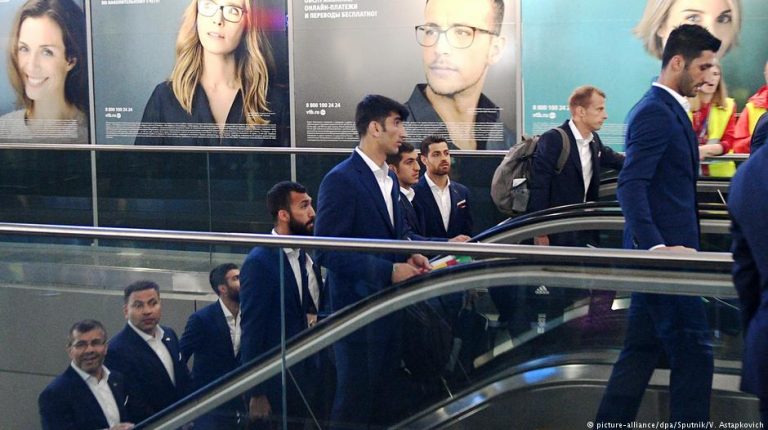 US sportswear firm Nike says it cannot supply boots and other equipment to Iran’s national football team players due to sanctions on the Islamic country. Iran faces Morocco in its first match at the FIFA World Cup.Carlos Queiroz, the head coach of Iran’s national team, has called on Nike to apologize after the US sportswear company said it could not supply football cleats to his players due to US sanctions on the Iranian regime.

“US sanctions mean that, as a US company, Nike cannot supply shoes to players in the Iranian National team at this time,” Nike had said in a statement.

The Iranian side faces Morocco in their Group B opener on Friday, June 15. European Cup winner Portugal and the 2010 world champions Spain are also in the same group.

“They [Nike] should come out and apologize because this arrogant conduct against 23 boys is absolutely ridiculous and unnecessary,” Queiroz, a Portugese, told Sky Sports.

Queiroz has also been the manager of the Portugal national team and Spanish club Real Madrid. He was also Sir Alex Ferguson’s assistant manager at English club Manchester United.

The Nike controversy, just days before the start of the 2018 FIFA World Cup in Russia, has put Iran in a tough spot. The Iranian side is worried how it would get the necessary equipment for the tournament.

In May, US President Donald Trump announced that his administration would re-impose sanctions on the Islamic country. Trump also withdrew from the Iranian nuclear deal, which was approved by his predecessor Barack Obama and a host of world leaders, including German Chancellor Angela Merkel.

The Iranian Football Association has asked the football governing body FIFA to intervene.

“Players are getting used to their equipment and it’s not right to change so close to our important matches,” Queiroz protested.

Nike’s justification for canceling its contract with the Iranian team has been criticized because the re-imposition of US sanctions will not come into effect until August.

Iran drop duo for playing club match against Israeli side

11 of our favorite football films

However, it is only a short-term solution; Iran’s football association has to find ways to get another company to replace Nike.

The Iranian national team has faced an equipment problem for years. After the Iranian football association severed ties with the German company Uhlsport, a significant improvement with regards to the supply of sports equipment could have been a contract with the German sportswear giant Adidas. It, however, has not happened so far.

The controversy over the World Cup jersey was another problem the Iranian team had to deal with until last month. FIFA had objected to the Persian cheetah national symbol on the players’ jerseys as it did not meet the football governing body’s specifications.

It was only on May 19 when the Iranian team’s World Cup 2018 jersey was presented during a friendly match against Uzbekistan.

Eleven films to make up the Made in Spain programme