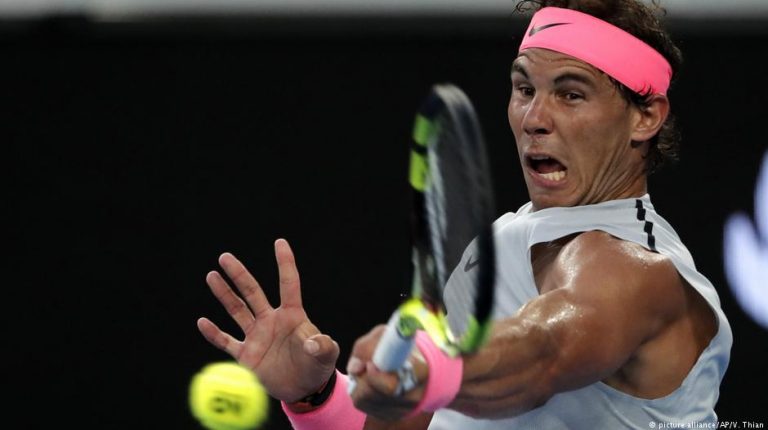 After dispatching Diego Schwartzman in the last 16, world number one Rafael Nadal will face last year’s Wimbledon finalist Marin Cilic in the quarterfinals. Caroline Wozniacki has also advanced to the last eight.Rafael Nadal needed four hours but eventually booked his spot in the last eight at the Australian Open in Melbourne, defeating the Argentinian 6-3, 6-7(7), 6-3, 6-3.

“It was a great battle,” Nadal, 31, said after the match. “Of course I feel a little bit tired, but I was able to keep fighting until the end.”

Nadal, the top ranked men’s player in the world and a two-time Australian Open champion, lost the final in Melbourne a year ago to Roger Federer. But his ability to grind out a four-hour result is encouraging after ending his 2017 season with a knee injury.

The Spaniard will play Marin Cilic in the quarterfinals after the Croatian knocked out Pablo Coreno Busta. Grigor Dimitrov also reached the last eight after defeating Australian favorite Nick Kyrgios in five sets. Dimitrov will face Briton Kyle Edmund in the quarterfinals.