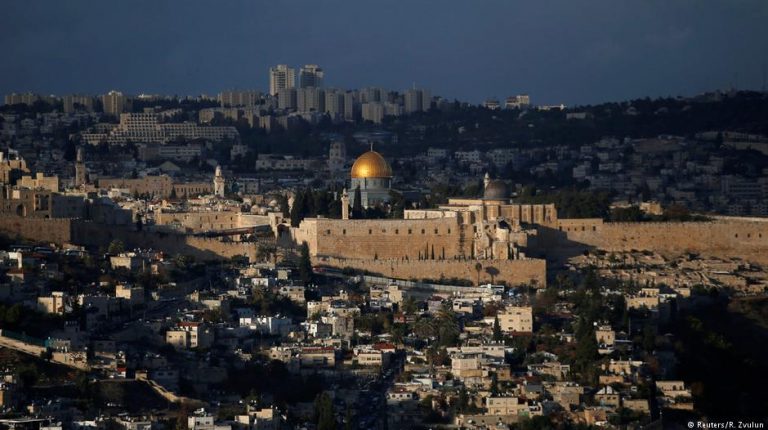 The editorial board of state-owned daily Al-Ahram shed light on Egypt’s efforts towards Palestine, stating that the recent resolution it presented to the UN regarding the status of Jerusalem, which was vetoed by the US, was not the only diplomatic activity to face President Donald Trump’s decision.

Al-Ahram said that besides Arab and international mobilisation against the decision, Egypt is also achieving reconciliation between Palestinian factions to prepare for “near settlement of the Palestinian case.”

Meanwhile, politician Osama Ghazaly Harb dedicated his column to criticising an official report filed against Egyptian film “Sheikh Jackson”, accusing it of contempt of religion which resulted in the interrogation of director Amr Salama, which concluded in having Al-Azhar review the movie. “The movie does not tackle any religious aspect, so will Al-Azhar have a say just because the main character is a sheikh? This means that when the hero is a lawyer, the Lawyers Syndicate will review the film,” Harb wrote.

On the other hand, there were also a couple of op-eds in Al-Ahram and private Al-Watan newspaper regarding an Egyptian TV drama series called “Seventh Neighbour” which has raised social controversy over its taboo-breaking female characters.

In Al-Ahram, writer Sherif Abdeen called it the “seventh damage” and opined that the series failed to “treat” the “scandalous social relations” it presented in a manner that would “enlighten and reform.” In Al-Watan, writer Ahmed Refaat called it “seventh shame” and argued that the producers should be legally punished.

On a different topic in Al-Watan, politician Emad Gad suggested that the recent US veto used against a resolution to stop interference with the internationally recognised status of Jerusalem, shows that there needs to be reconsideration of the mechanisms of the UN that would ensure more equality among member states to overcome challenges posed by permanent members’ right to veto. He gave the example of introducing a “double veto” which would require a minimum of two states using it in order for a resolution to be rejected.

In the privately-owned Al-Masry Al-Youm newspaper, politician Amr Al-Shobaky wrote that the continuation of political turmoil in Libya has been due to different players’ interests that the country stays as it is, such as Islamist groups or leader of the Libyan National Army (LNA) Khalifa Haftar who does not believe in a political solution, or fears of others of military control that would restore dictatorship.

In the private Al-Shorouk newspaper, editor-in-chief Emad El-Din Hussein, who has been tackling the resumption of Russian flights to Egypt this week, wrote that those who do not have good intentions towards Egypt will seek to jeopardise the safety of tourists in Egypt. Hussein said that Israel wishes that terrorism in Sinai continues, while Turkey is not happy that Egypt is back as competition for Russian tourism and some regional and international powers do not wish to see a prosperous Egypt.

In blow to Trump, 128 countries vote in favour of Jerusalem resolution at UN General Assembly