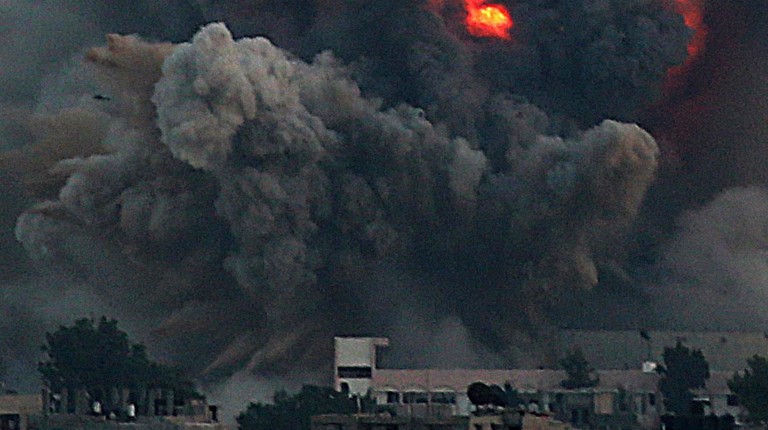 The Central Bank of Egypt (CBE) is expected to start an easing cycle by the end of 2017, as the inflation rate extended its downward trajectory in November and is expected to fall in the coming few months, analysts polled by Daily News Egypt said.

Annual urban headline inflation slid to 26% in November from 30.8% in October, reflecting the strong positive base effect with the one-year anniversary of the EGP floatation on 3 November 2016.

Inflation has now fallen for four consecutive months since peaking at a 30-year high of 33.0% y/y in July.

November’s reading was the lowest so far this year.

After the central bank announced its move to a floating exchange rate system, the Egyptian currency declined by 50% against the US dollar that month, which pushed up import costs, driving inflation rates to historical peaks.

Since then, the CBE raised interest rates by 7% to tame the rampant inflation.

Of the twelve main price categories, inflation fell or was unchanged in nine.

Food prices—which account for 40% of the Consumer Price Index (CPI) basket and tend to be heavily influenced by exchange rate effects—rose by 32.3% y/y in November, compared with 39.6% y/y in October.

“I think the Central Bank of Egypt will decide to cut interest rates at its meeting in late-December. “We have penciled in a 100bp cut to the overnight deposit rate to 17.75%,” Jason Tuvey, a senior economist at Capital Economics, told Daily News Egypt.

“We expect inflation and rates to fall further than most expected over the next couple of years,” he added.

Meanwhile, Reham ElDesoki, a senior economist from Arqaam Capital, said that she believes the timing of an interest rate cut is a judgment call by the CBE.

“Inflationary pressures from reforms have tapered off, and the existing pressures are from seasonal and one-off factors, reflecting below average, but resilient, consumer demand. With the traditional inflation-targeting approach the CBE appears to have adopted, an interest rate cut when headline inflation breaks the 20% is more likely in February,” she explained.

According to ElDesoki a tight monetary policy has served to absorb liquidity that was otherwise in FX form or in the informal sector, but an extended tight policy will not have further significant impact on liquidity, which would be better managed through deposit auctions.

“The factors determining whether the CBE would want to keep the tight conditions further would be CBE’s preference to keep private sector credit growth reigned in, and to possibly prevent any pressure from liquidity of maturing 20% Credit Default Swap (CDS). The latter could be counterbalanced by public banks renewing the CDS or offering CDS at high rates, supporting our expectation of a measured loosening cycle, instead of an aggressive one,” she added.

Arqaam Capital said in a recent research note that it expects inflation to drop more aggressively in December to the low 20% range, ending the year around 23% and hovering around 19% in January 2018.

“Seasonal inflation, due to end-of-year festivities and Coptic Christmas, will keep monthly and annual inflation slightly elevated in December and January before annual inflation declines to 13%-14% in mid-2018, until the energy price hike occurs,” the note concluded.

A decision to finally cut rates will be positive for the EGX and the investment climate overall, with the commencement of the loosening cycle, but a 200 basis point (bps) cut on December 28 or a month later in early February 2018 will not differ much in the overall picture, the research firm finished.

US Fed announces another rate hike at final meeting of 2017

Samsung negotiates with Aman Financial to provide installment services with facilitation for its electronic, household products